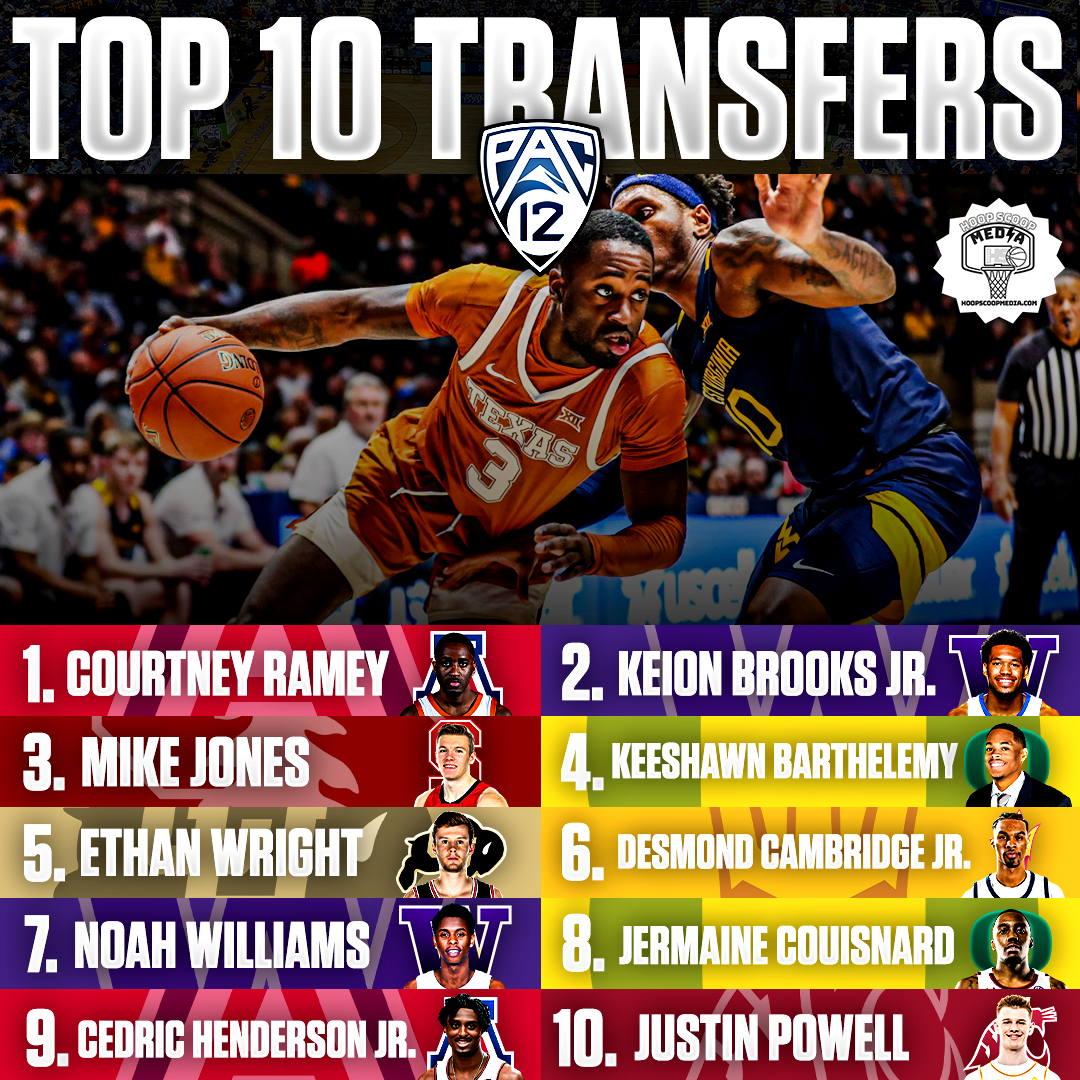 Arizona struck gold in the portal landing Texas transfer Courtney Ramey. Ramey averaged 9.4PPG and 3.5RPG last season. He is also a very capable shooter from beyond the arc. The best aspect of Ramey’s game is his on-ball defense as he was seen by many as the best defender in the Big 12 last season.

After a down season last year, Washington needed to find pieces this offseason that can guide them in the right direction and closer to what Washington basketball used to be. Brooks is a solid piece to that puzzle as he is someone who can change the culture. At 6-7 Brooks is a high energy player that can guard multiple positions and is very efficient from inside the arc.

Mike Jones brings tremendous value to the Cardinal especially as a 3 point shooter. With a career percentage of 40.3%, Jones will immediately be one of the best shooters in the Pac 12 and will be key for Stanford in close games down the stretch due to his elite free throw shooting.

Barthelemy is a player who already has Pac-12 experience coming from Colorado. He averaged double figures this past season in Boulder while being a capable 3 point shooter as well as one of the best free throw shooter in the Pac-12.

Colorado adds a veteran player with a lot of experience in Princeton transfer Ethan Wright. Wright averaged nearly 15PPG and 7RPG for the Tigers last season. Wright was also a very efficient player and makes the right decisions when on the floor. Wright should start for Colorado this season and make an immediate impact on both sides of the ball.

Cambridge never averaged below 15PPG in his previous 4 seasons with both Nevada and Brown. He is capable from scoring on all 3 levels with ease and is expected to be a primary option for the Sun Devils this season.

It is rare when a player transfers to a rival but that is exactly what Noah Williams did by transferring from Washington State to Washington. The shooting numbers for Williams were down this year but he’s shown in the past that he’s a capable shooter. Williams is an elite defender that should have an immediate impact for the Huskies.

Henderson had a very good 3 seasons with the Camels. This past season he averaged 14PPG while shooting nearly 50% from the floor. Henderson proved he can play against elite competition scoring 18 points against Duke and 20 points against VCU.

Powell is a player that showed tremendous promise in his first season at Auburn before getting injured. He never really got the chance at Tennessee but now with Washington State this season he can be a primary option for the Cougars. Powell has a career 3 point percentage of over 40% which could be key for the Cougs this season.