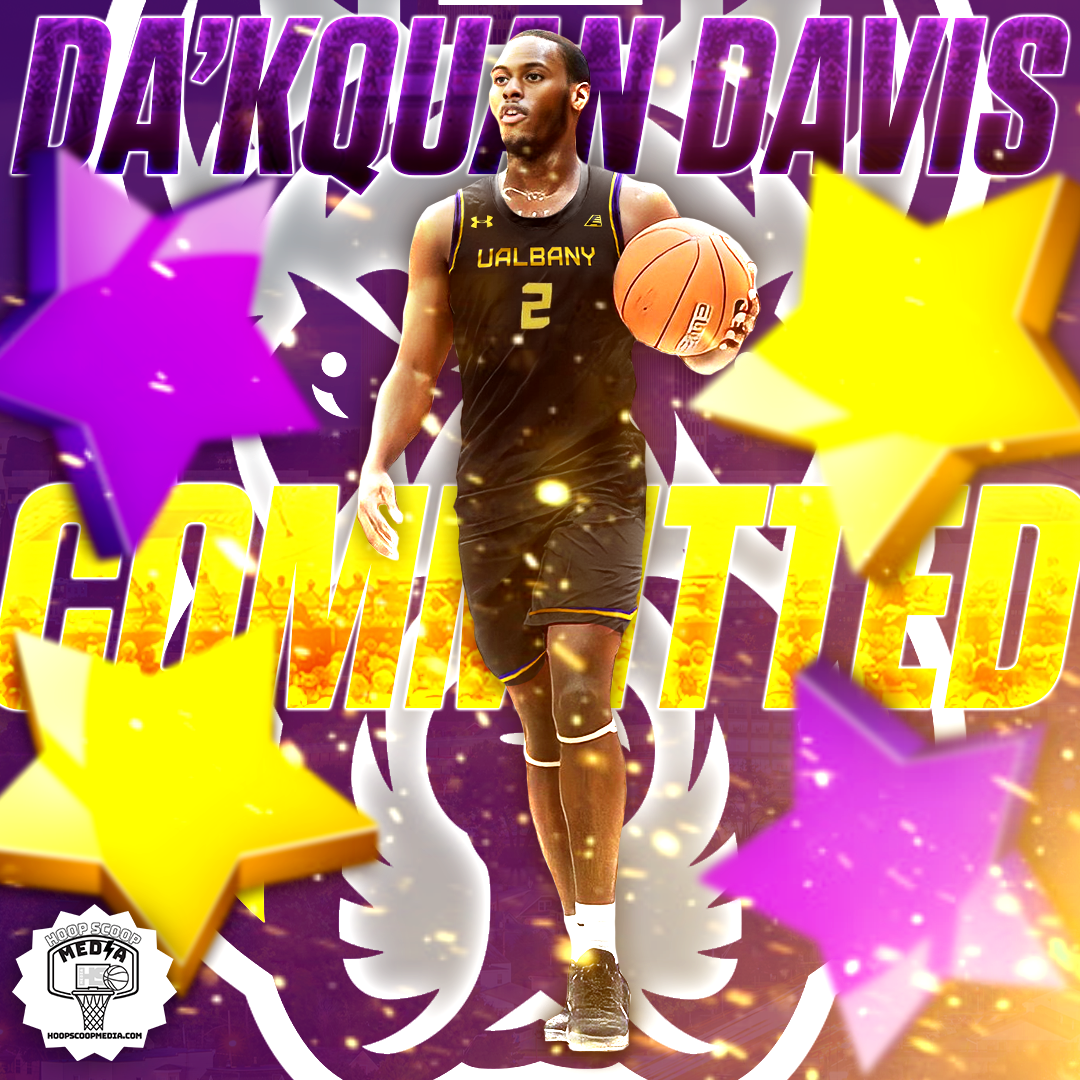 Da’Kquan Davis, a transfer guard from D3 Arcadia University, has announced his commitment to Albany.

“Overall playing at the Division 3 level was a great learning experience for me,” Davis said. “I feel like that not only helped me to grow as a man on and off the court, it helped me grow as a player too.”

Davis didn’t play this past season, but has still been able to prepare himself for the next level.

“I’ve been playing a lot of pickup games,” Davis said. “I also have been blessed enough to work out with guys like Ben Simmons and Dion Waiters in the past couple of years while I’ve been working out. Also a really good friend of mine, Tony Carr, who’s now in the G-League, when he’s in the city we usually try to put pickup games together if we can.”

“But other than that I’ve just been doing it on my own,” Davis said. “It’s been a steady grind, waking up every single day. Monday, Wednesday, Friday making sure I’m getting my lifts in and then Tuesday, Thursday I’m conditioning. It’s just been self-motivation.”

Two years ago, Davis committed to Grant McCasland and North Texas, but decommitted last year. This fall, he entered the transfer portal once again and looked for another home at the D1 level.

“The second time around was definitely tougher,” Davis said. “I was in the portal obviously for the whole year before I ended up getting the offer from Albany a couple days ago. It has been tougher because now everyone in the portal gets a free transfer year instead of having to sit out for a year. It was also tougher for me to grasp an offer because of how many Division 1 players left and entered the portal this year, so it kinda put me on the backburner in a sense.”

Ultimately, Davis made the decison to commit to Albany.

“I have a lot of friends on Albany: Paul Newman, Matt Cerruti, Chuck Champion, Aaron Reddish,” Davis said. All of those guys I grew up playing AAU basketball with. Over the course of the year I was going up there and visiting those guys, hanging out, and then ultimately it just started to feel like home. I just felt like, why not get back together with those guys and finish out my last collegiate year.”

Davis also has other connections within the program, as Albany assistant Matt Griffin coached Davis in his senior year at Roman High School.

“My last year I was coached by him, so that also played a huge part into it, Davis said.”

Davis is looking to contribute to next year’s Albany team in a variety of ways.

“The main thing that they’re looking for from me is my leadership skills, both on and off the court,” Davis said. “To try to lead the young guys that they have and make sure that I’m leading them in the right direction. Making sure that everyone’s at workouts on time, and just making sure that I’m bringing that senior leadership that I should be bringing to the table.”

Coming from Division 3, Davis will have to adjust to the level of Division 1 basketball but feels like he has what it takes to make the jump.

“I think getting up to school early is probably going to be good for me,” Davis said. “In which I can gain a couple pounds, but honestly I don’t really think the game changes. I think obviously there are going to be guys bigger stronger, faster, but that’s always going to happen. It’s going to be more so a mental game. Making sure I’m making the right reads, just being smart about plays I’m making and things like that.”

Albany finished 5th in the America East this season. Davis and the rest of the team have the bar set higher this upcoming season.

“I was once told that with team success comes individual success,” Davis said. “I feel like if we’re doing everything that we’re supposed to do as a team then everything else will handle itself. But as far as the team, obviously we want to make the playoffs, go from there, continue to build off of last year and hopefully get to the NCAA Tournament.