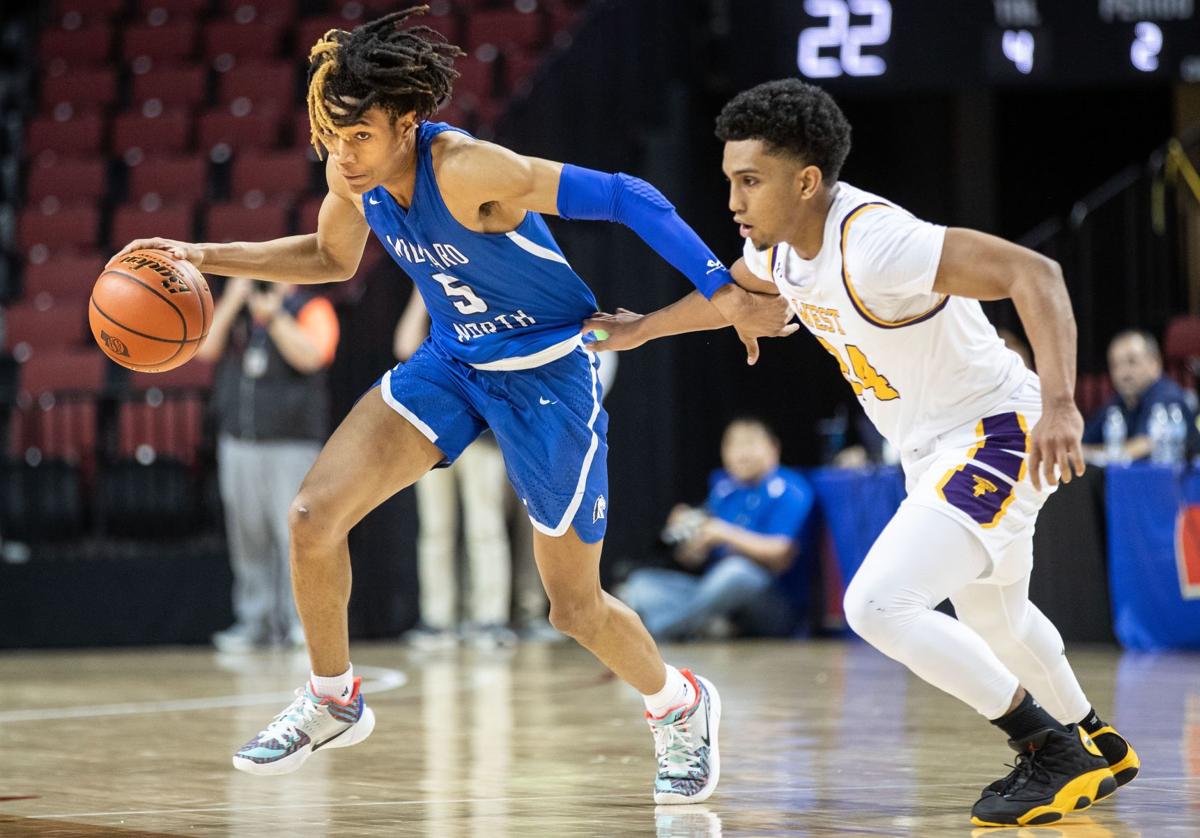 As a state, Nebraska is not known for high school basketball. They have only produced one 5-star in history, Hunter Sallis, who is a senior this year. However, basketball in the state is at an all-time high right now. The Cornhusker State currently has two teams ranked in the national Top 25.

The Bellevue West Thunderbirds are currently ranked 22nd in the MaxPreps National Top 25. They have wins against Waukee, the second highest ranked team in Iowa, and Millard North. The Thunderbirds also handed Creighton Prep their only two losses of the season. They also play powerhouse Sunrise Christian Academy this weekend.

Despite being so high, they only have one nationally ranked player, senior guard Chucky Hepburn. Hepburn is a 4-star who will be taking his talents to Wisconsin in the fall, to play for the Badgers. Although, Bellevue West also has senior forward Frankie Fidler. He is not ranked on any national sites, but leads the Thunderbirds in both points and rebounds. He is committed to Omaha, where he will most likely make an immediate impact. Sophomore guard Josiah Dotzler has impressed this season as well. He averages 11.9 points per game, and has made significant jumps in every stat category from last year. William Kyle and Greg Brown also make solid contributions for the Thunderbirds.

Even with the lack of nationally ranked players, Bellevue West has been able to achieve a high ranking due to their play style. Chucky Hepburn is a pass first point guard, averaging nearly nine assists per game. The Thunderbirds move the ball well on offense, and play hard defense. That style of play has helped them to a 19-1 record so far this season.

Two spots down from Bellevue West, Millard North sits at 24th on the MaxPreps rankings. They currently have wins against Bellevue West, where they have split two games this season. They also have respectable wins over Omaha Westside and Lincoln (Council Bluffs). The Mustangs play national powerhouse Oak Hill Academy this weekend as part of the Heartland Hoops Classic.

The Mustangs are led by 5-star Hunter Sallis, who is currently uncommitted. He has a commitment date set for March 26th. Sallis currently averages 22.2 points, 5.7 rebounds, and 3.9 assists per game. Millard North also has more pieces to their team than just Sallis. Senior guard Saint Thomas averages 22.2 points, 7.1 rebounds, and 5.2 assists per game. Junior forward Jasen Green also makes a big impact on the Mustangs. He averages 12 points and 7.2 rebounds a game. Last but not least, point guard Jadin Johnson is also nationally ranked, as a 3-star or 4-star, depending on the rankings. He is committed to Old Dominion. He averages 6.5 points, 3.4 rebounds, and 4.7 assists right now. Senior forward Tyler Sandoval also contributes for the Mustangs.

Millard North, based on pure talent, might be the most talented team in the history of Nebraska high school basketball. They have all of the pieces to be able to make a big run in the state tournament this year. Hunter Sallis and the Millard North Mustangs are a high school team to watch out for.

Bellevue West and Millard North have both established themselves as some of the top teams in the country, when it

comes to high school basketball. Both schools are currently 19-1. They met in the state championship last year, where Bellevue West ended the game on a 16-0 run to win 64-62. At this rate, the teams will likely meet in the state championship once again. If so, that game has the potential to be one of the most exciting games in Nebraska high school basketball history.