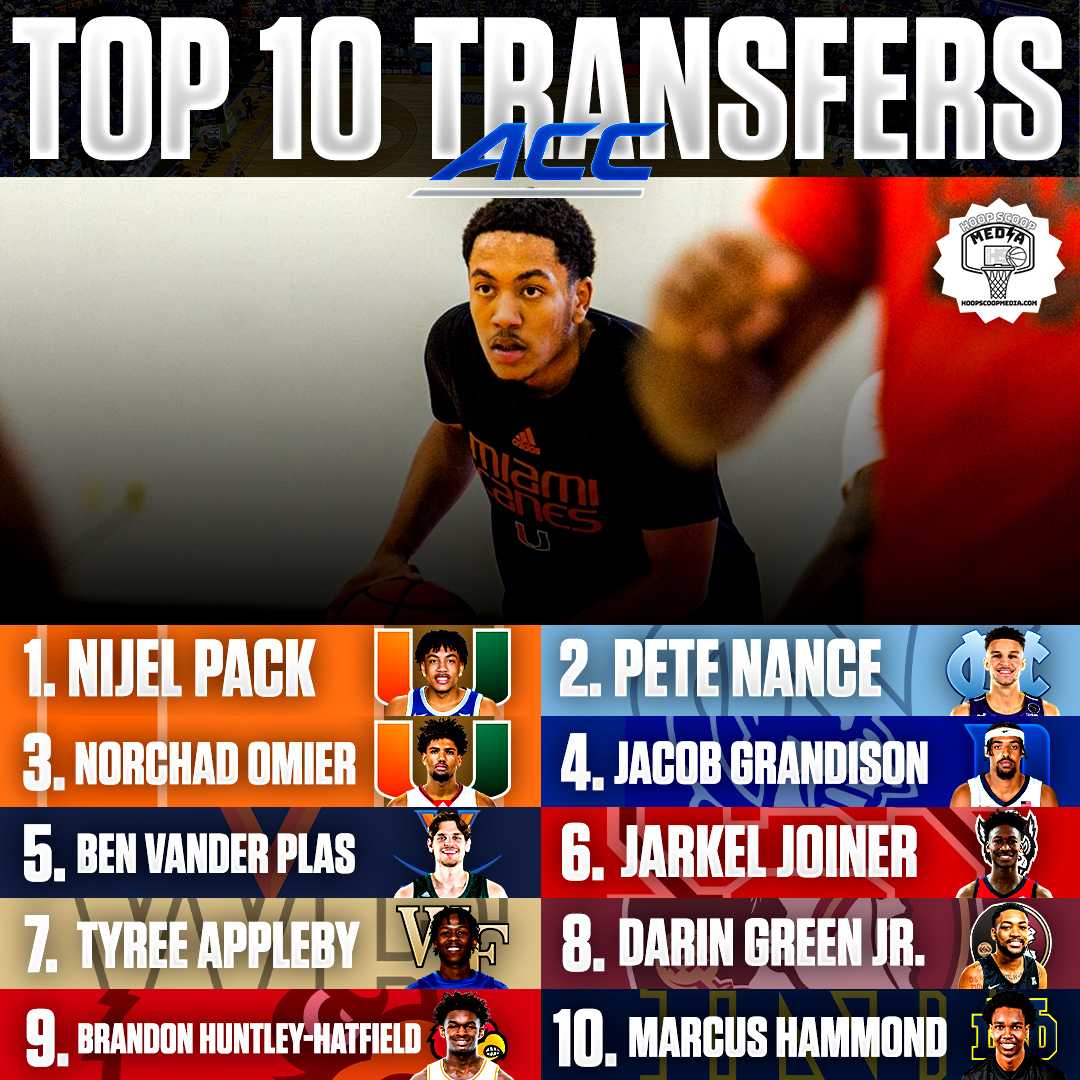 Nijel Pack was one of the top transfers to enter the portal this offseason. Pack, who was first team All-Big 12, averaged 17.4 points per game. He was also one of the best shooters in the country, connecting on 43.6% of his 7.5 3-point attempts per game.

Pete Nance was a huge late pickup for the Tar Heels, as he fills in the Brady Manek hole. Nance can do a little bit of everything on the court; he ranked inside the top 20 in the Big Ten in points, rebounds, assists and blocks. He also shot 45.2% from 3-point range.

Sun Belt Player of the Year Norchad Omier joins Pack in Miami’s transfer class. Omier is one of the best rebounders in the country, averaging 12.2 in his two seasons at Arkansas State. He was an efficient player in the Sun Belt, shooting 63.2% from the field. The big question surrounding Omier- How will his game translate to the high major level?

Duke has a freshman-heavy team, but Illinois transfer Jacob Grandison is the outlier. A sixth-year senior, Grandison will provide much needed expierience to the Blue Devils. Grandison averaged 9.6 points and shot 41% on 3-point shots for the Big Ten regular season champs.

Virginia added an offensive boost this season when they picked up Ohio transfer Ben Vander Plas. Vander Plas can score from inside and out, as he proved last season shooting 60% from inside the arc and eclipsing 200 3-pointers in his career. He was also one of the best defensive players in the MAC, and will fit right in with the program.

NC State brings in a solid transfer class this year, led by Jarkel Joiner. Joiner is a versatile guard, being able to play both backcourt positions. He led Ole Miss in scoring last season, 13.2 points per game, and is one of the best in the country at not turning the ball over.

Brandon Huntley-Hatfield’s numbers from last year don’t pop off the page, but he started the last 13 games of the season for a top 5 Tennessee team. Going to Louisville, he should have a chance to shine and become more of an offensive option. Huntley-Hatfield was a 5-star in the class of 2021.

Notre Dame went to the mid major level to get Marcus Hammond, who made three MAAC All-Conference teams at Niagara. Hammond can score from inside and out, making 3.7 2-pointers and 2.3 3-pointers per game last season.