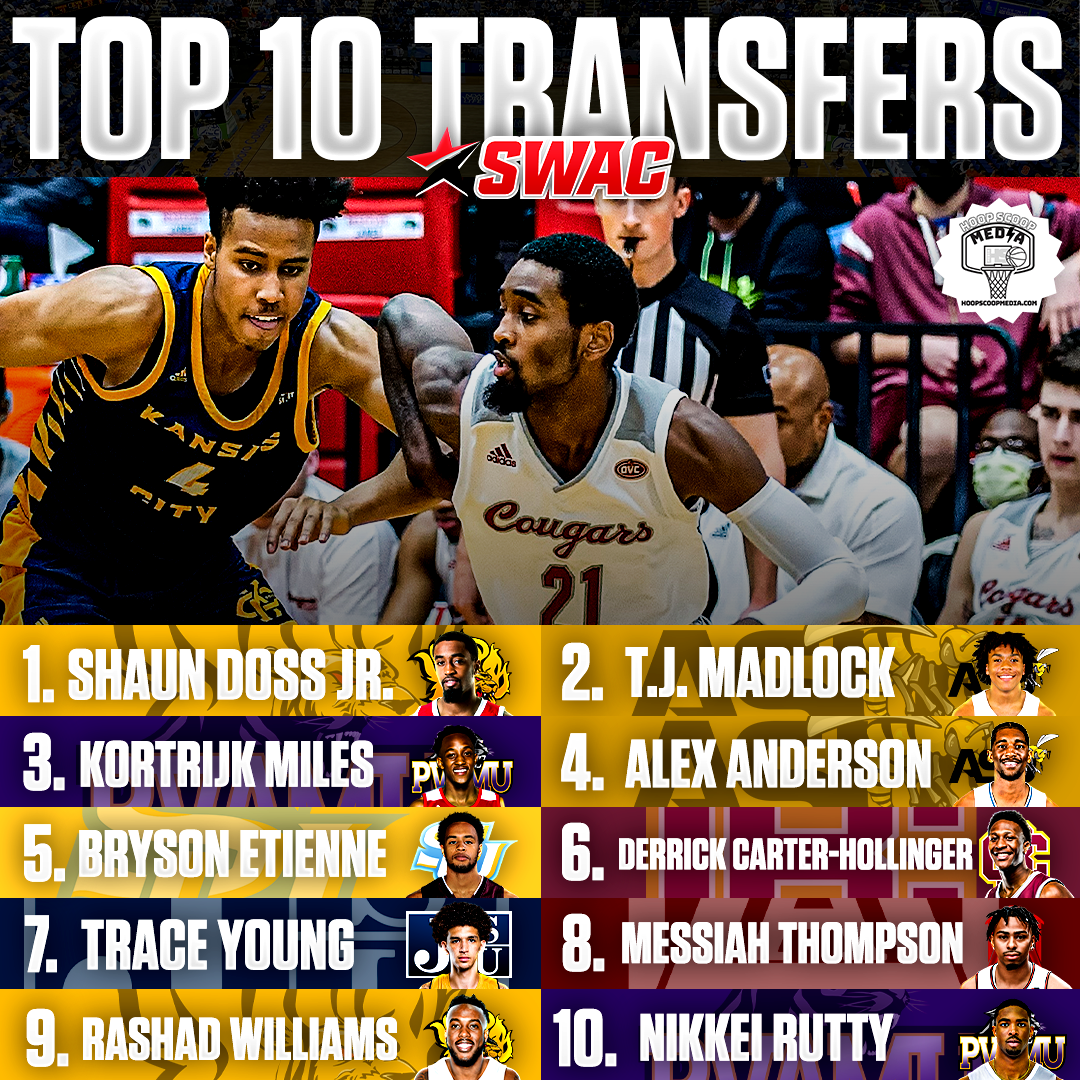 UAPB got a boomerang transfer in Shaun Doss Jr, who spent three years at UAPB to start his college career. He was a SWAC All-Conference first team member in 2020-21. Doss averaged 12 points and 5.2 rebounds per game last season at SIUE.

T.J. Madlock was an Alabama State lock the second he hit the portal, as his dad accepted the head coaching position after being at South Carolina State. Madlock was an All-Conference third team member as a freshman, averaging 12.7 points, 5.6 rebounds and 3.2 assists.

Kortrijk Miles was an underrated transfer pick, coming from the D2 level. He averaged 18.2 points and 8.1 rebounds. He was named first team All-Region and led West Alabama to a D2 NCAA tournament appearance.

Alex Anderson was another valuable young piece of South Alabama’s transfer class. Anderson averaged 6.2 points and 3.3 rebounds per game for a solid South Alabama squad. He was only a freshman this year, so he’ll have three years left.

Bryson Etienne transferred in-conference, heading from Texas Southern to Southern. Etienne averaged 8.8 points in 22.1 minutes per game for the Tigers, who made the NCAA tournament. He’s a proven SWAC player, and his impact should carry over to Southern.

Trace Young followed Mo Williams in conference this offseason, transferring from Alabama State to Jackson State. Young can score from inside or out, making 2.5 2-pointers and 1.7 3-pointers per game. His 11.7 points led Alabama State in scoring last year.

Messiah Thompson is only 5-foot-8, but his impact on the court is much larger. In the past two seasons at Campbell, Thompson has averaged over eight points per game. In the 2020-21 season, he shot 40% from 3.

Rashad Williams has proven to be a big time scorer at the mid major level with Oakland, and will have a chance to do that again. He loves to shoot 3’s; he’s taken 740 so far in his career. His efficiency isn’t always there, but he’s a volume shooter who will put points on the board.

Nikkei Rutty couldn’t be more different than Williams. Rutty has averaged 3.1 points over his four-year career, but he gets the job done on the boards. He averaged 7.4 rebounds per game last season, and was an efficient player on both sides of the ball.