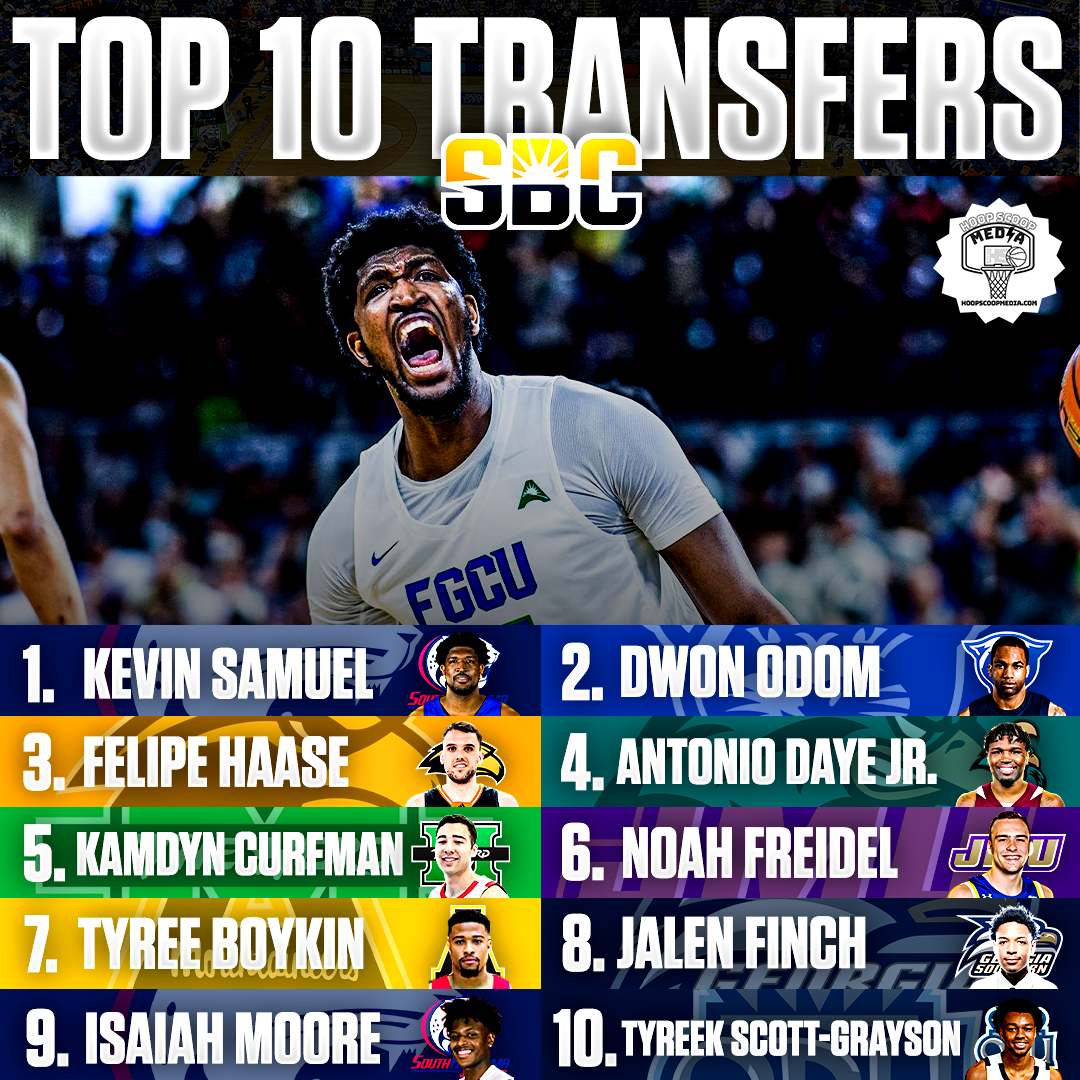 After 3 very productive seasons at TCU, Kevin Samuel opted to transfer to FGCU last season where again he had a very productive year. Samuel ranks among the best in the nation in field goal percentage never having a season below 62% and he’s also a menace on the boards.

Dwon Odom follows former Xavier assistant Jonas Hayes to Georgia State. Odom proved to be a very efficient player in the Big East last season and will have much success in his transition to the Sun Belt. Odom makes Georgia State a team to watch in the conference.

Felipe Haase had a very good season with Mercer last year. At 6-9 he is a very unique player being able to shoot 40% from 3 and 87% from the free throw line. He’s a very valuable addition for Southern Miss who brought in some very talented transfers in their first season in the Sun Belt.

Antoinio Daye is a very talented guard who was key to the Fordham turnaround last season in his 14 games as a Ram. Previously also playing for FIU, he had proven to be a very capable scorer that can be relied on to get a bucket at any given time. Daye will be a big part of Coastal’s offense after losing a number of players to the portal.

Kamdyn Curfman was part of a very talented Keydet backcourt this past season along with Trey Bonham. Curfman is a bucket-getter who started all 32 games last season for the Keydets and averaged 16PPG while shooting 40% from 3. Marshall is also in their first season in the Sun Belt and Curfman will be among the key contributors for the Thundering Herd in their inaugural Sun Belt season.

Noah Freidel has scored double figures in all his seasons as a Jackrabbit which is no easy task. He is a proven scorer that is able to get buckets from all 3 levels. It is also James Madison’s first season in the Sun Belt, and Freidel is expected to be among the key contributors for the Dukes.

Tyree Boykin is the first D2 transfer to appear on this list. Boykin has proven to be an outstanding player at the D2 level and his game translates very well to the D1 ranks. He made over 100 threes last season and could even be a possible candidate for the 50/40/90 club.

Jalen Finch is a very efficient player coming from a talented Jacksonville State team. He is unselfish with the ball averaging over 4 assists per game but is also a very capable scorer when his team needs a bucket. Finch is a very underrated addition for Georgia Southern and could find his way onto an all-conference team this season.

Isaiah Moore is the other D2 transfer on the list. South Alabama has been known as a program in the past to go after transfers and they’ve had much success with them. Moore averaged over 22 points, 5 rebounds, and 5 assists while shooting 50% from the floor. Expect Moore to have a big season with the Jaguars this year.

Tyreek Scott-Grayson had a shortened season with Northeastern only playing in 6 games before suffering an injury, but was very productive when on the court. Scott-Grayson averaged 12.3PPG and 5.3RPG with the Huskies this past season. He also previously played for UAB where he was a starter and double figure scorer. In ODUs first season in the Sun Belt, Scott-Grayson is expected to have a big impact.