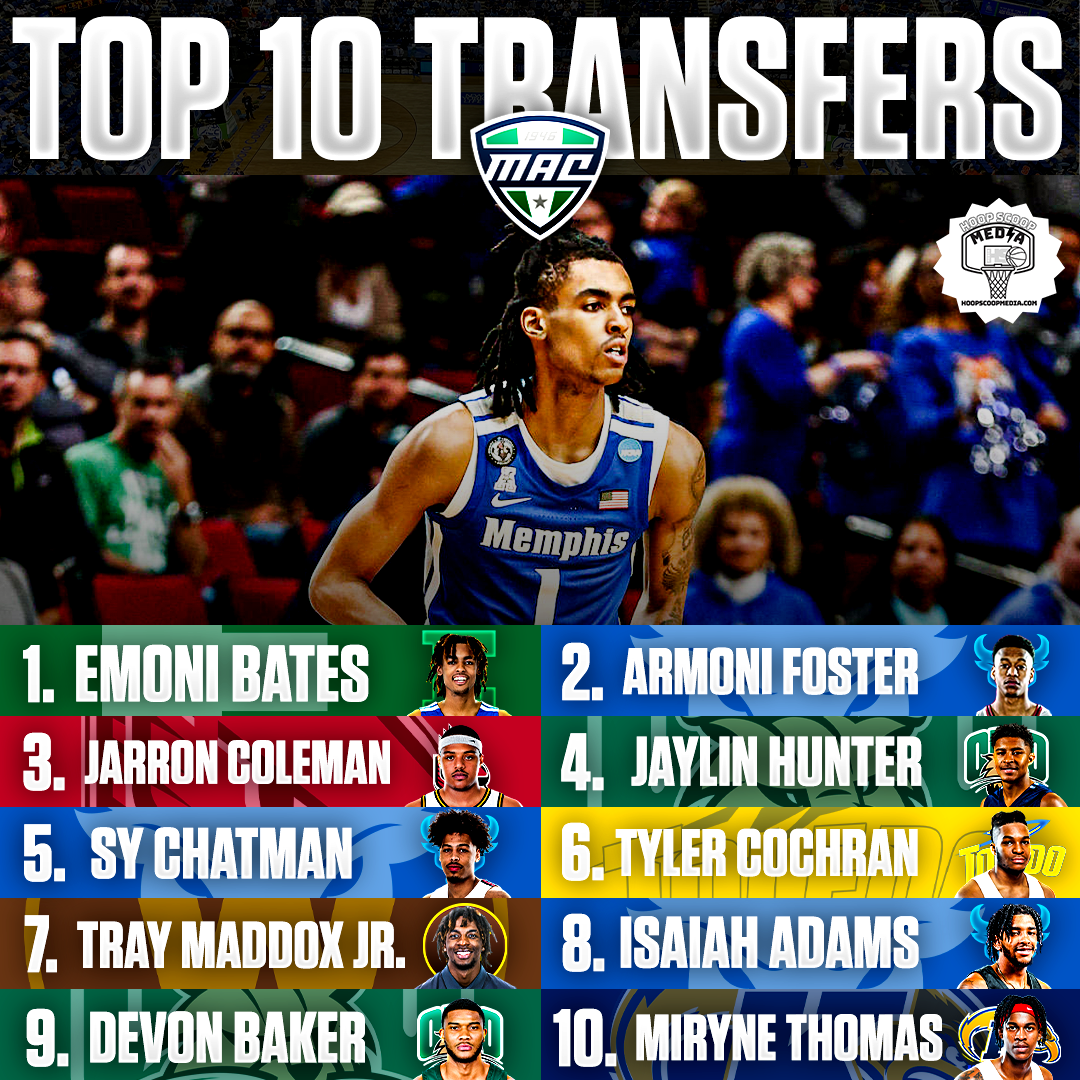 Eastern Michigan is getting a very skilled basketball player in Emoni Bates who should’ve technically been Class of 2022 in the first place. Bates was the best player in high school at one point before having a rough freshman season, but the talent is still there. Bates is easily the best player in the conference from a talent perspective and forms a terrific duo alongside Noah Farrakhan in Ypsilanti.

Jarron Coleman started his career off at Ball State before spending this past season with Missouri. Coleman had a great 2020-21 season at Ball State where he averaged 14 points per game while shooting 43% from beyond the arc. Now that he has experience playing in the SEC, one of the best conferences in the country, expect Coleman to be even better in his return to Muncie.

Hunter was a solid player in his three seasons with the Monarchs. He started every game this past season taking on the true point guard role. Hunter averaged 9.7 points and 4.0 assists per game last season. The Bobcats have to replace the loss of Mark Sears to Alabama, and the addition of Hunter was a great piece to add to the guard corps.

Sy Chatman is now on his third school having also spent time at UMass and more recently Illinois State. Chatman had a very productive season with the Redbirds last year averaging 13.5 points per game while shooting 55% from the floor. He also saw a dramatic rise in his free throw shooting percentage. Chatman shot 72% from the line last year and his best season before that was 60%.

Tyler Cochran is now on his 3rd MAC school having also previously played for Ball State and Northern Illinois. Cochran knows the league very well and has been competitive in both his previous destinations averaging 11.6 points per game last season with Ball State and having a career high 15.5 points per game in the 2020-2021 season with Northern Illinois.

Tray Maddox Jr. had a fantastic season in Fullerton during the 2020-2021 campaign. He averaged 16 points per game while shooting 41% from 3. Maddox also previously played for Oakland and now again returns to his home state. He should be one of the best players for the Broncos this season.

Isaiah Adams is a tremendous player on the defensive side of the ball, but has also has shown some promise on offense. Adams averaged double figures his first season with the Knights before dipping down to 4.1PPG this season. Still, Adams should be a very solid addition for the Bulls who made some quality additions this offseason.

DeVon Baker had a fantastic career at UNC Asheville averaging over 16 points per game his first two seasons there. At Tulane this past season Baker still was a productive player but saw a bit of a drop off in production. Baker pairs very well in the backcourt with Jaylin Hunter in an effort to replace the production lost to former Bobcat Mark Sears who transferred to Alabama.

Miryne Thomas is using his extra year and transferring within conference from Ball State to Kent State. Thomas had the most productive season of his career this past season where he averaged 11.3 points and 4.9 rebounds per gamme while shooting 36% from 3. Thomas will look to be a key part of the Golden Flashes rotation this season.