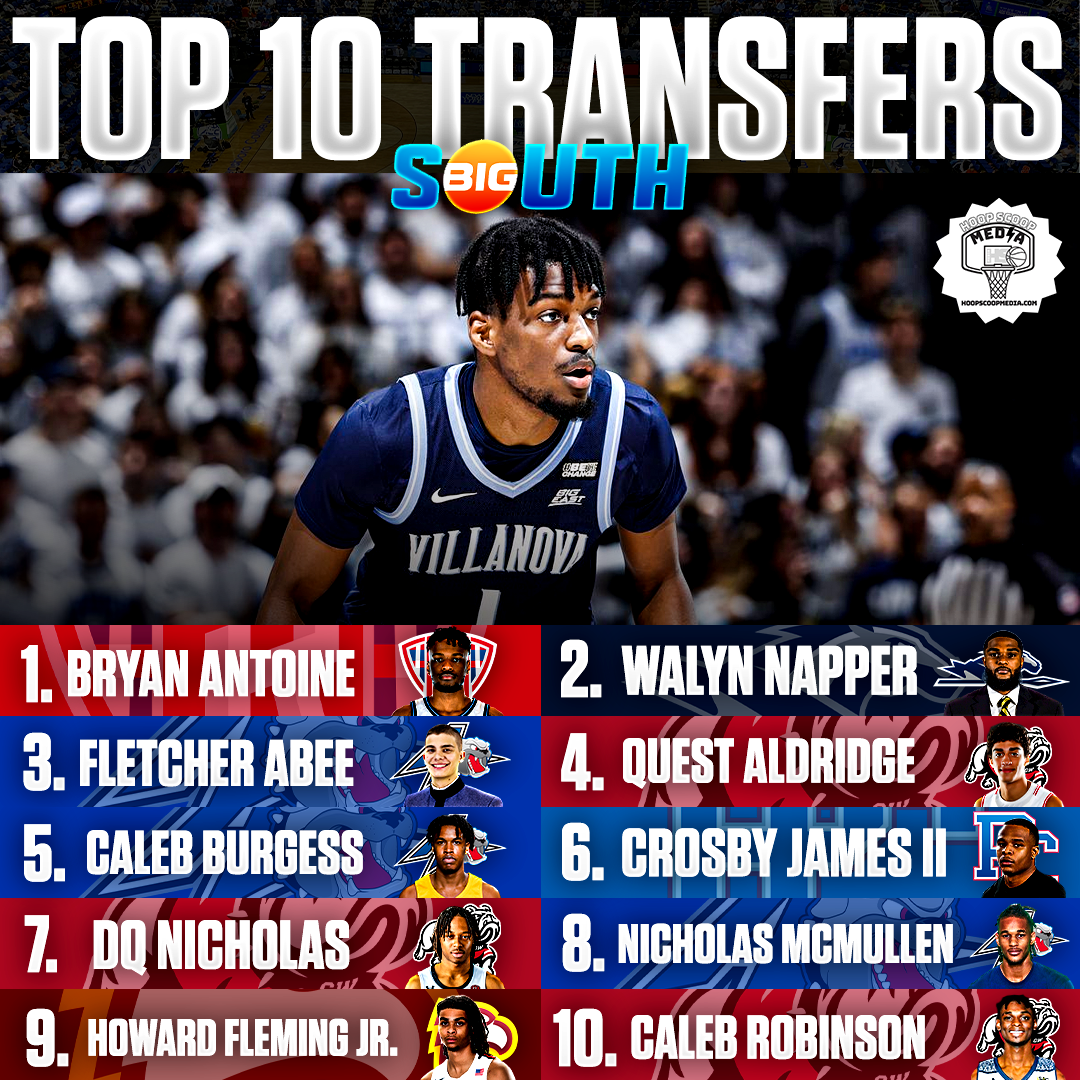 Radford got a huge transfer addition this offseason in Bryan Antoine from Villanova. Antoine was never fully healthy at Villanova, but was a 5-star and McDonald’s All-American in high school. If he can finally get to 100%, his athleticism and skill level will dominate the conference.

After losing star point guard Justin Hill to the portal, Longwood pickup up former NJCAA All-American Walyn Napper to fill the gap. Napper had an up and down season, but averaged 18.8 points the last six games when he was named a starter. Also, his assist percentage of 32.1 ranked second in Conference USA.

UNC Asheville bolstered their outside shooting with the commitment of Fletcher Abee. Abee made 2.6 3-pointers per game in two years at The Citadel. He turns the ball over at a low rate, ranking in the top 10 nationally in 2019-20.

Gardner-Webb snagged Quest Aldridge from the Divison 2 level this offseason. Aldridge is a well rounded player, averaging 14.2 points, 5.0 rebounds, 4.5 assists and 1.6 steals per game last season. He struggled with turnovers, but has the skillset to make a big impact, especially with most of Gardner-Webb’s backourt last year moving on.

Incoming UNC Asheville transfer Caleb Burgess struggled at Hofstra this year, but was a prolific passer in 2020-21. That year he averaged 5.6 assists per game, which led the CAA. Burgess will be paired with some prolific shooters on the wing and some good big men inside, so there will be plenty of passing targets.

Another D2 transfer, Crosby James II should be the major candidate to fill the hole left by Rayshon Harrison. James shot 41.5% from 3-point range at Anderson, while scoring 17.6 points per game. He’s a bit undersized, but his scoring ability should make up for that.

Another piece in Garder-Webb’s replenished backcourt is DQ Nicholas, a Southeast Missouri State transfer. Nicholas shot 47.7% from the field last season, by far the best during his three-year career. He scored 20 points, and added five rebounds and four assists against Murray State in the OVC tournament.

UNC Asheville added Murray State transfer Nicholas McMullen to pair with Drew Pember in the frontcourt. McMullen didn’t see tons of playing time on the top 25 Racers, but was impactful when playing. His biggest strength is crashing the offensive glass, where he averaged 1.4 offensive rebounds per game last season.

Winthrop got a few backcourt transfers this offseason, one being Illinois State’s Howard Fleming Jr. Fleming is a versatile big point guard, possessing the skills to score, rebound, pass and play defense. He led Illinois State in steals this season, at 1.3 and was second in the MVC in steal percentage.

Aldridge isn’t Gardner-Webb’s only quality D2 transfer, as wing Caleb Robinson is coming in from Catawba. Robinson is a big time scorer, averaging 18.4 points in 28.8 minutes per game. His season high was 42. Robinson was a member of the SAC All-Conference First Team.