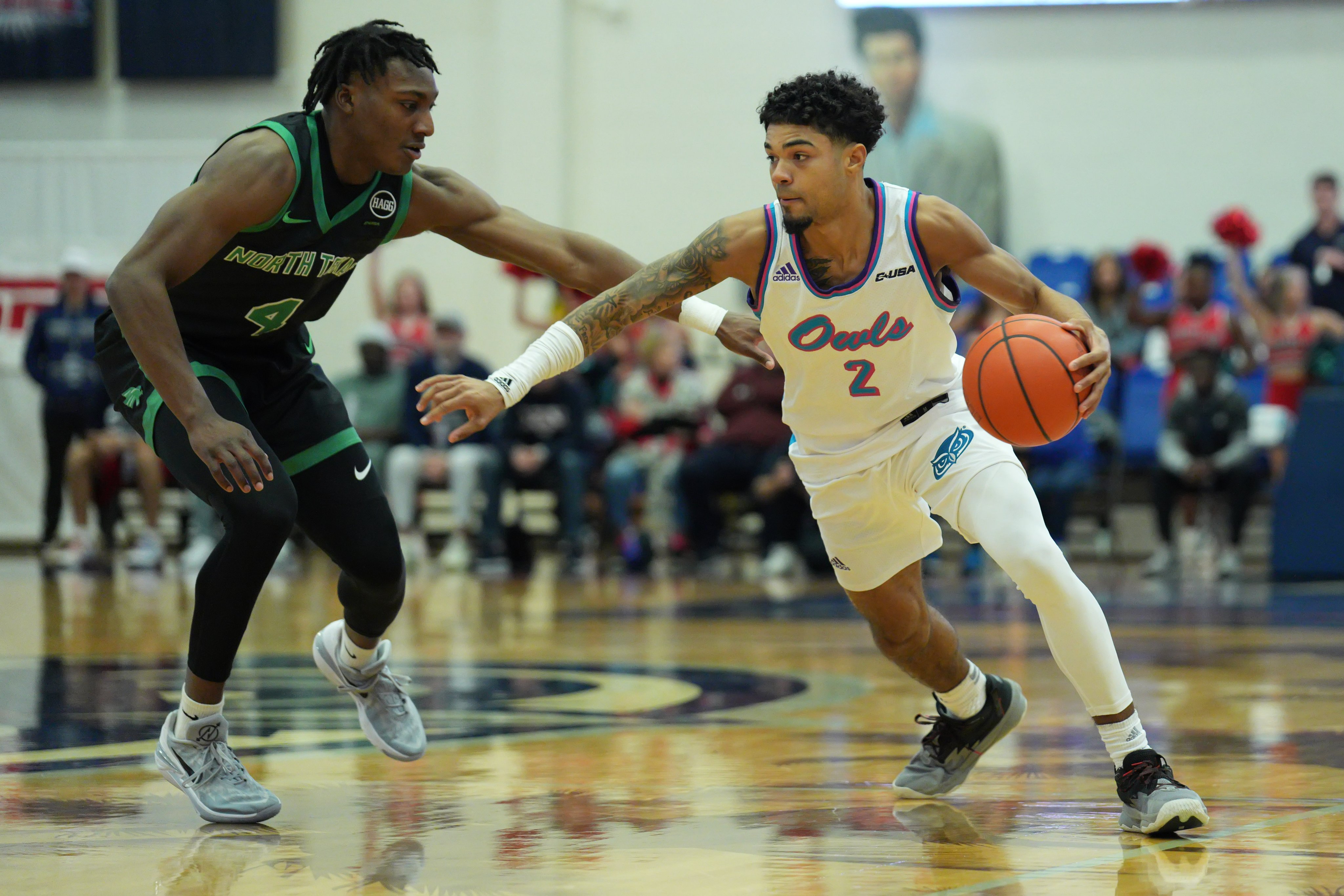 There are many adjectives to describe the 2022-2023 Florida Atlantic Owls Men’s Basketball team: cohesive, unselfish, deep, and energetic just to name a few. These attributes develop character and culture which has transformed the Owls into the national spotlight.

Head coach Dusty May arrived in Boca Raton in the 2018-2019 season and he has already made his name known by immediately turning the program around having consistent winning seasons and now becoming nationally relevant. May spent time on the Florida coaching staff with then head coach Mike White where he was apart of an Elite 8 run.

With this years Owls team, one of the main reasons of why the team is greatly exceeding expectations is because of the depth that the team has. The Owls are capable of going 10 deep each night and are very balanced on both the offensive and defensive sides of the ball.

FAU was predicted to finish 5th place in the conference preseason and roughly halfway through the season this group is surprising many not only in the Mid-Major landscape but also on in the national picture of the sport. They are currently ranked 24th in the AP Poll and 13th in the NET rankings.

One interesting note on the Owls is that their three most productive scorers come off the bench which further establishes the fact of the immense depth this team has. The Owls have nine players that are capable of being in the starting lineup.

Seeing this Owls team many times in person this year, one player that has surprised me the most has been Johnell Davis. The Gary, Indiana native is averaging 11.8PPG (second on the team) while shooting 50% overall and 45% from 3. Davis has been playing some of his best basketball recently including a career high 36 points in a wire to wire 88-86 win over preseason conference favorite UAB. If the Owls need a bucket late in a game, Davis seems like a viable option to give the ball to in an isolation look and let him go to work.

The leading scorer for the Owls this season is sophomore guard Alijah Martin. He started all 33 games last season for the Owls but is now embracing his role of coming in as a spark off the bench and that looks to be very beneficial for the Owls. Martin is a do-it-all player; he can score in a variety of ways as well as contributing heavily on the defensive end.

Michael Forrest is the last of the trio that comes off the bench. Forrest is a very familiar face to Owls fans as he’s now in his 5th season with the program. Forrest has been known as a catch and shoot guy the last few seasons and can always be counted on to knock down that big jumper in crunch time as he did in the overtime win vs FIU.

FAU also has a very reliable big man duo in Texas Tech transfer Vlad Goldin as well as sophomore Giancarlo Rosado. Goldin dominates the C-USA level with his size and ability to finish around the rim. Goldin has also made his presence known on the defensive end for the Owls. Rosado comes in off the bench and adds a much needed spark of energy. He has reliable handles for a big man his size and carries the load in the paint for the Owls when Goldin is in foul trouble or needs some rest. A junior college transfer, Isaiah Gaines, has played sparingly but gives the Owls some more depth on the inside. Gaines is shooting a very efficient 64% from the field and also excels on the defensive end.

Guards Brandon Weatherspoon and Jalen Gaffney have found themselves in the starting lineup during this 16 game winning streak. Both add a spark on defense while being able to contribute from behind the 3-point line as well. Their defensive efforts could be how they find themselves in the starting lineup. Weatherspoon is a transfer from the junior college level where he averaged 16PPG for Holmes Community College during the 2020-21 season. Gaffney comes to the Owls from UConn where he was a key role player for the Huskies in his three seasons in Storrs.

Nick Boyd is an interesting player for the Owls as he took a redshirt year last season, but did contribute for the Owls in his true freshman season averaging just over 5PPG. Due to the 2020-21 season being a free covid year for all players, Boyd is still listed as a freshman on the official roster. Boyd finds himself in the starting lineup and is one of the best 3-point shooters the Owls have as the lefty poises a 43% mark from behind the arc.

The Owls have 2 highly rated freshman for the C-USA level that both see limited minutes in guard Tre Carroll and forward Brenen Lorient. Both players can be key contributors for the team in the future as they continue to grow and develop under the direction of Dusty May.

The sky is the limit for this Florida Atlantic Owls team. At 18-1 and possessing the second longest active win streak in the country, there is reason to believe that this team can do some special things in March. FAU has the depth, the defense and the outside shooting to make some noise in the tournament this year and be one of the feel good stories of this year in college basketball. The success of the Owls is one of the best turnarounds in recent memory for a team that has been a longtime conference dormant.