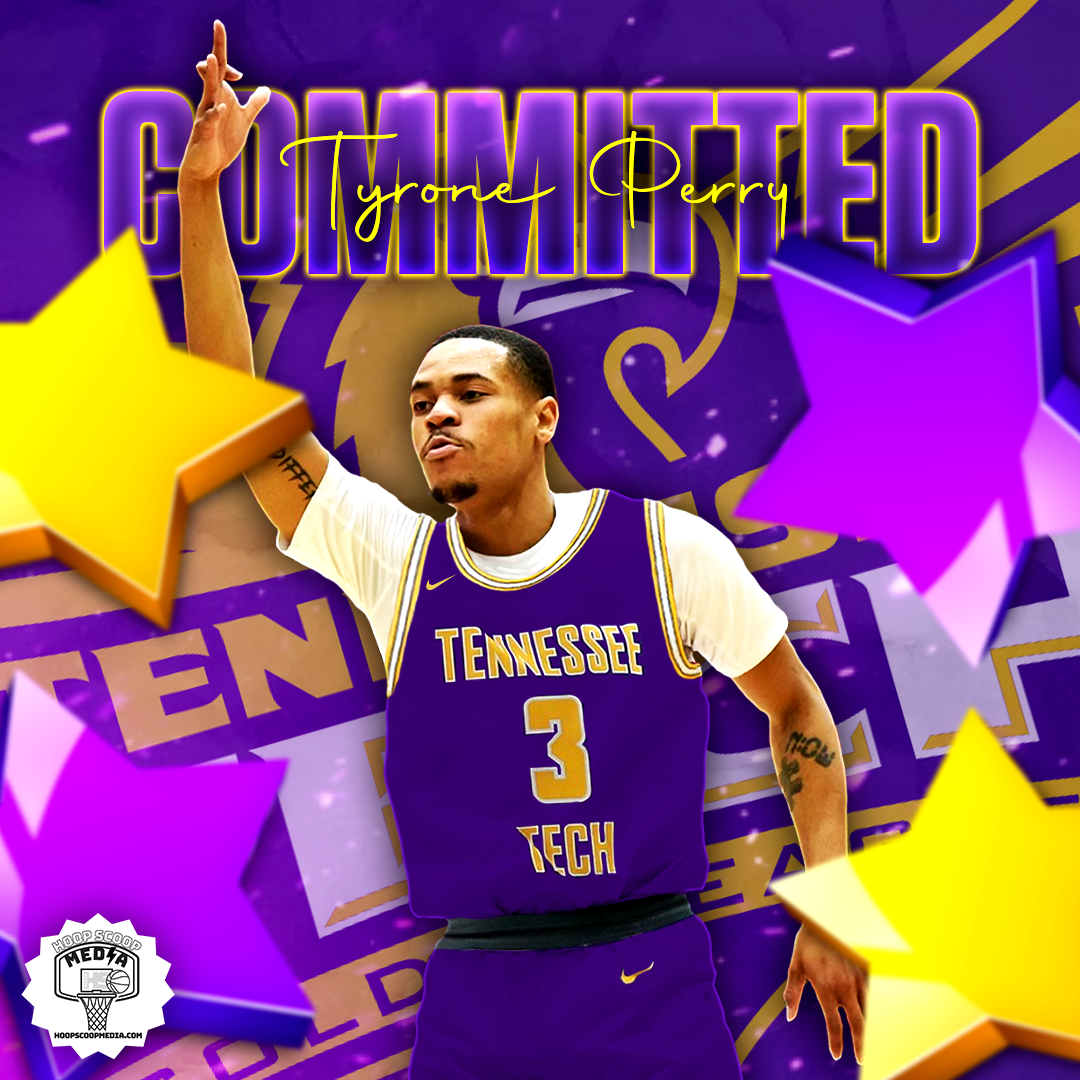 Tyrone Perry, a 6’2″ transfer guard from Lafayette has committed to Tennessee Tech.

Perry averaged 11.9 points, 3.8 rebounds and 3.0 assists this year for the Leopards.

Being a grad transfer, Perry had a different experience being recruited than originally out of high school.

“This time was very stressful, I’m not gonna lie,” Perry said. “I only got one year left so just trying to weave it out, you definitely want to go somewhere where it benefits you and where you can thrive and succeed at. This go around it was just so stressful to the point where, I didn’t get the experience to make it to the tournament or go far in the regular season and in tournament play at all. Definitely just trying to pick a team that fits my master’s program and the loyalty, coaching staff, player development, that all plays a part into it. It definitely was stressful but I think I made the right decision for sure.”

Over the course of his recruitment, Perry heard from Morehead State, Stetson, FIU, UNC Asheville, Southeast Missouri State, Loyola Chicago and many others but ended up choosing Tennessee Tech.

“The head coach has definitely built a relationship with me,” Perry said. “He definitely stressed that he needs a guy like me, my leadership, toughness and especially a two-way player that loves defense first. I’m a defensive minded person and we connected at that level.”

Having played in college for four years so far, Perry will bring leadership to next year’s Tennessee Tech team.

“They’re looking for me to lead the team, be that voice, and just have toughness,” Perry said.

With Murray State and Belmont departing this year for the Missouri Valley, the Ohio Valley is more open for teams, such as Tennessee Tech to make runs to March Madness.

“We definitely have that goal,” Perry said. “I talked to a couple of players on Tennessee Tech that stayed from last year and their goal is the same thing.”

Perry was contemplating going overseas this year, but came back to school to get his Master’s Degree and play another year of college basketball. He also mentioned that he’d like to get into coaching in the future.

His message to Tennessee Tech fans:

“Be ready to pack the house, pack the nest,” Perry said. “You got a guy that’s coming in that’s gonna bring winning to the table, a guy that’s gonna work hard. You guys got another family member on and off the court. I’m excited to get going with you guys, and just be on the lookout for Ty Perry.”