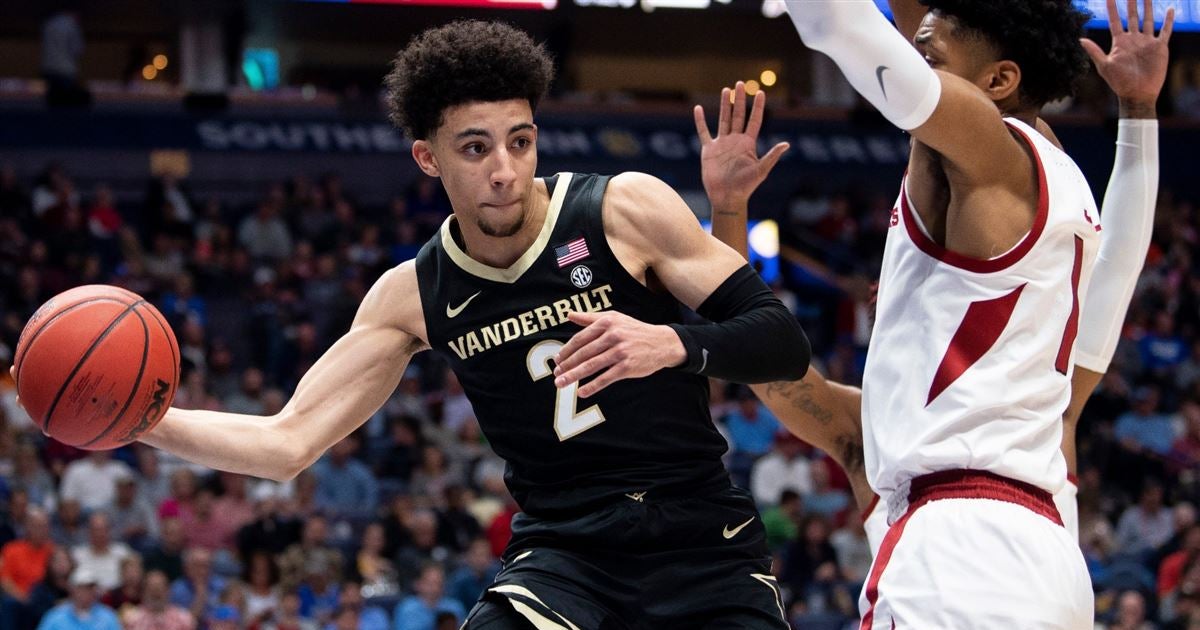 Scotty Pippen Jr., son of NBA Hall of Famer Scottie Pippen, is a 6’3 sophomore point guard at Vanderbilt. Pippen is averaging 20 points per game and 5 assists per game while shooting 45% from the field. During his freshman year, he was named to the SEC All-Freshman team and led the conference in both free throw attempts made and free throws attempted by a freshman.

Pippen has shown growth and improvement since his freshman season. As a freshman, Pippen averaged 12 points per game and 3.6 assists per game. He als0 shot under 40% from both the field goal range and from 3. He was able to grow and improve his game by developing his control, rhythm, and balance. These developments in Pippen’s game allowed him to play with more patience and composure. These attributes will allow Pippen to excel at a professional level.

One key component of Pippen’s play is his creativeness. Pippen is great at creating opportunities for both himself and his teammates. Pippen’s court vision is excellent, and this allows him to connect with his teammates on the court. Because he’s generally one of the smaller players on the court, his ability to draw fouls is tied into his creativity, as he is great at seeing the basket and getting there. Pippen is also a great shooter off of the catch, especially from 3, and an active defender, which creates many scoring opportunities in transition.

Whether it’s through his strong passing abilities, or his on-court maturity, Pippen is an established leader on the court. Although Pippen doesn’t have many tools on his team, he is still able to grow his own game while trying to lift the players around him up as well. Vanderbilt plays through him, and his consistency allows for this to happen on a regular basis. He’s able to produce and contribute on any night, and knows how to run the court.

Despite his excellent vision, playmaking, and finishing skills, Scotty Pippen Jr has a nearly complete skillset. One negative is his frame. He’s smaller in both height and weight compared to others at the guard position, whether it be point guard or shooting guard. As mentioned above, his crafty style makes up for this at the college level. However, the question becomes whether or not he can translate these strengths against even bigger and stronger big men when driving, and quicker guards in transition. Pippen improving his athleticism could help him overcome these weaknesses. A big question for Pippen will be how his game continues to grow after a very efficient offensive start (shooting just under 40%) during his time at Vanderbilt so far. He also tends to be somewhat turnover prone and sometimes causes unnecessary fouls.

As for his draft stock, Pippen is an interesting case. Being just a sophomore, he has a number of options for the next step. His stock heavily depends on the remainder of Vanderbilt’s season. Over the next month, he will look to improve Vanderbilt’s record and work on improving his own game. With some improvement, he could be the next Vanderbilt guard in the league despite not having much success in Nashville. However, with a mediocre finish and an early SEC tournament exit, Pippen could likely be undecided on his decision regarding his future with the Commodores. Scotty Pippen Jr will certainly be a player to watch moving forward come draft time in June.