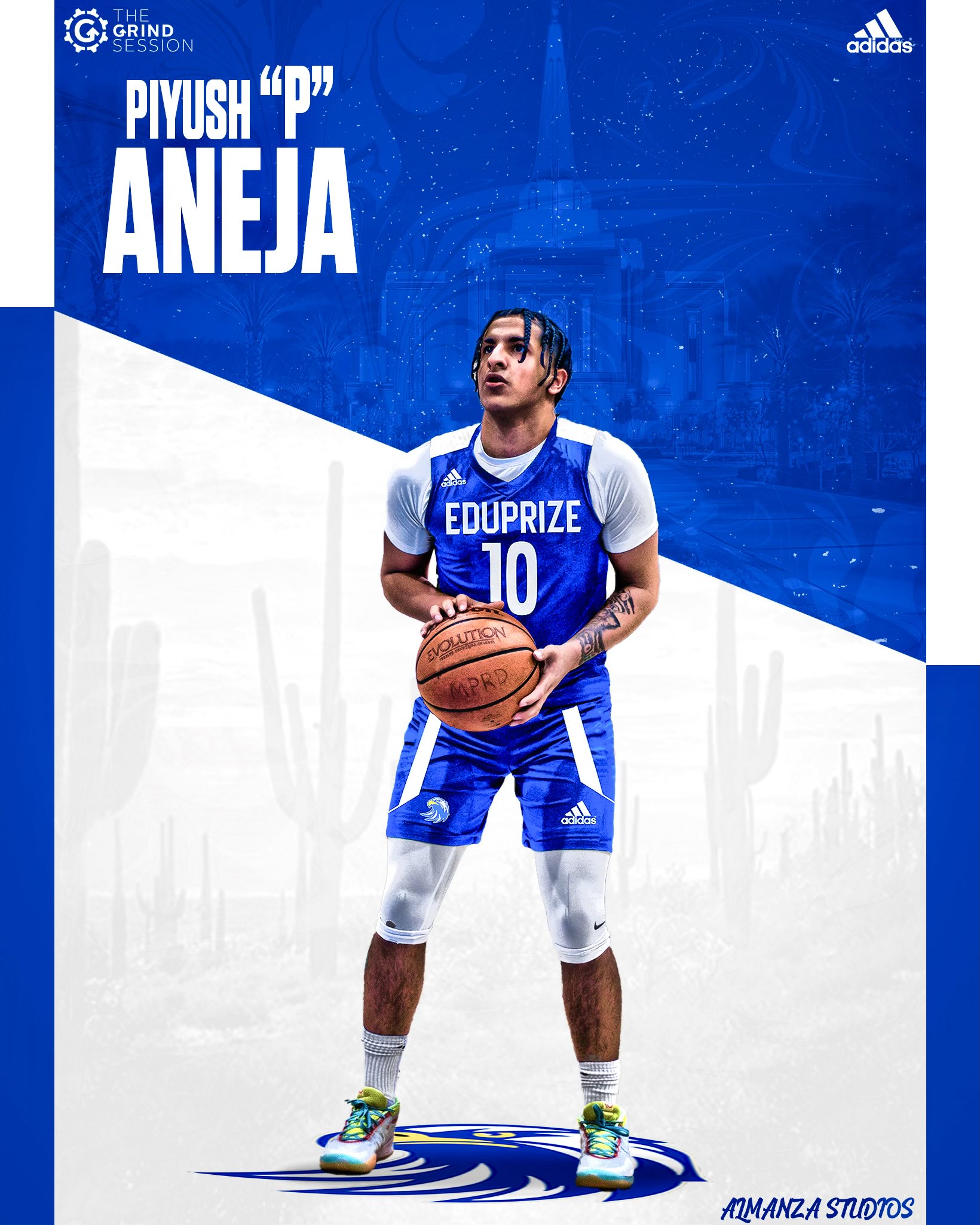 Piyush “P” Aneja, a guard in the class of 2023, has officially transferred to Eduprize Prep. Aneja has spent time at a few schools, the latest being Elevation Prep in Indiana.

“Elevation Prep was great, facilities were top notch and it’s ran by good people,” Aneja said. “It’s just I couldn’t mentally adjust to the new lifestyle in Indiana. It was a culture shock for me being a west coast native and I just couldn’t see myself being there long-term.”

Aneja is a pass-first point guard, which will fit in well with the system at Eduprize. He also has a crafty handle that works well in the pick and roll. He also has the ability to create and make his own shot.

“Coach CP at Eduprize lets his guards play their game so that definitely factored in when deciding to move out to Arizona to play for him,” Aneja said.

Eduprize also plays some of the top teams in the country regularly, which is a factor in why many players decide to go there.

“Just being used to playing top players every game is something that normal high school kids don’t get,” Aneja said. “So having that experience heading into college gives me comfort since I’ve been around that environment, whereas a public high schol kid headed to college might get a shock with the pace/level/talent at the next level.”

Aneja will also be moving back to competition that he is familiar with.

“High school basketball out west is great,” Aneja said. “We got a lot of skilled guards along with top forwards/bigs that can jump out of the gym. Arizona itself has a very good scene with a bunch of prep schools all over and top events that are hosted in our environment. Vibes are great on the west for sure for hoops.”

Committing to Eduprize is just one step forward towards Aneja’s goals as a basketball player.

“My goals are to improve everyday as a players and as a man off the court, and play professional basketball after I’m done playing collegiately,” Aneja said.

Being in the class of 2023, Aneja still has two years before he will be playing college basketball. With all Eduprize Prep has to offer, it should put him on the right track for the future.