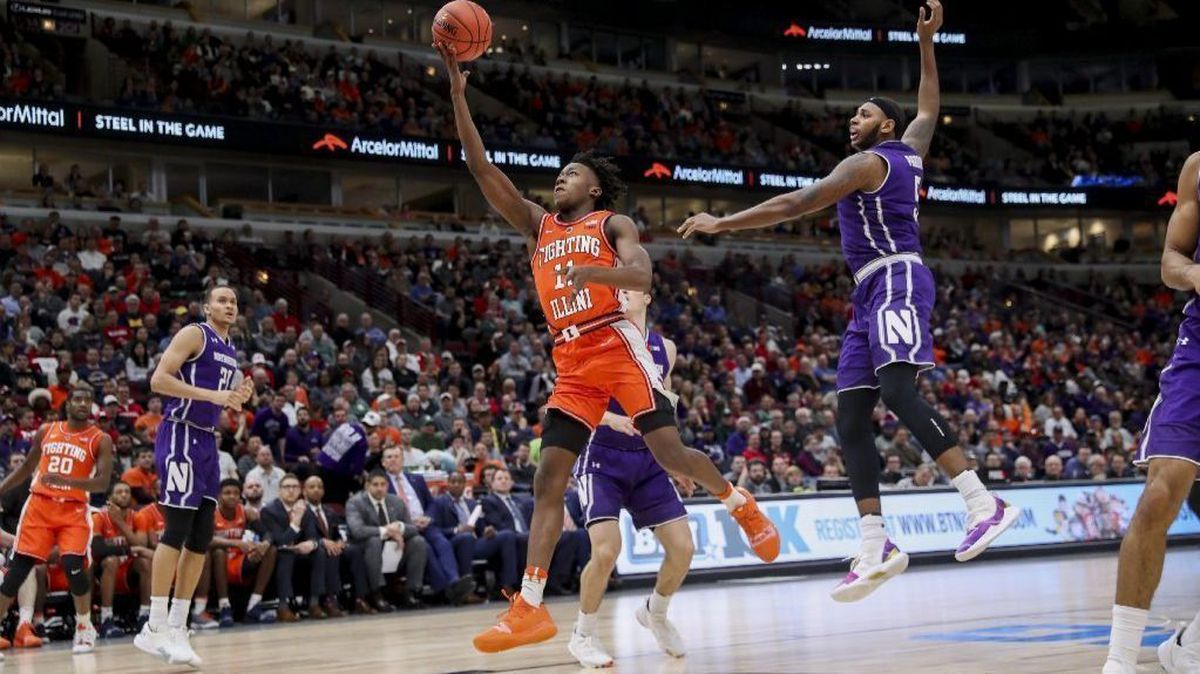 Tuesday, the #5 Illinois Fighting Illini will host the Northwestern Wildcats, continuing this intense in-state rivalry. Earlier this year, the Illini took down the Cats 81-56 in Evanston. Illinois scored 53 points in the 2nd half compared to Northwestern’s 13. The Cats dominated in the 1st half, and at the time they were 6-3. Since this loss, Northwestern has dropped 9 straight, falling to 6-12 on the season (3-11) in conference play. Meanwhile Illinois is trending upwards with statement wins over top Big Ten teams such as Iowa and Wisconsin.

Ayo Dosunmu has played a huge role in the Fighting Illini’s win streak playing like a potential National Player Of The Year. He led Illinois to an overtime victory in Lincoln against Nebraska. The Illini were trailing most of that game. At one point, he had scored 15 straight points and finished with 31. In a 75-60 win over #21 Wisconsin, he recorded the 3rd triple double in school history scoring 21 points, 12 rebounds and 12 assists. Ayo will have to continue to play well down the stretch if the Illini want to keep their #2 seed in the current bracketology.

But I think the play of Kofi Cockburn will determine the outcome of this game. Kofi is a 7’0, 285 pound player who can match up against anybody in the entire country. Northwestern does not really have a guy that sizes up against him. Kofi has 50 pounds and 2 inches on Northwestern center Ryan Young or Matthew Nicholson, who is 7 feet tall, but has only appeared in limited action this year for Northwestern.

Other role players such as Adam Miller, Trent Frazier and Giorgi Bezhanishvili need to step up and make something happen. Adam Miller has recently been hitting his stride playing much better on the defensive side of the ball. Coach Underwood had this to say about him ‘’He’s way ahead of the curve for most freshmen. He takes on a great challenge. Now we put the mental and physical together, and he’s turning into a heck of a defender.”

Da’Monte Williams has also been great for Illinois. He is known to be a great defensive player. Although, Williams is also one of the best three point shooters in the country, shooting an impressive 54.2% from behind the arc. Andre Curbelo has impressed as a freshman, known to make flashy plays. Andre is one of the best pass first players in the entire country. Curbelo also has averaged 7.8 points and 4.4 assists as a freshman, far exceeding expectations.

If Northwestern wants to come out of Champaign with a win, they have to out rebound Illinois, who is one of the best rebounding teams in the entire country. Last time these two teams matched up, Illinois grabbed 41 boards compared to Northwestern’s 29. The Wildcats also have to play 40 full minutes of basketball. Northwestern was up 15 points at half, but completely fell apart letting Illinois go on a 53-13 run to close out the game. For Northwestern to pull off the upset, the excellent play of Chase Audige needs to continue. Audige has broken out over the past four games. In that stretch he is averaging 15.5 points, 3.5 assists and 4 rebounds.

Boo Buie is on a cold streak right now shooting an ugly 3-22 over the past 3 games. Buie needs to break out of this slump, as Northwestern will pretty much need everyone to step up. Illinois just simply has more talent and if they don’t play way above average, Illinois will most likely walk away with an easy win. Players like Miller Kopp and Pete Nance need to start off strong and get the mindset into these younger guys that they came here to win.

Although I think Illinois will most likely walk away with a victory, you can never count out any teams in the Big Ten. Illinois played an awful game against Nebraska. If they play the same way, Northwestern may sneak out of Champaign with a win and snap their 11 game losing streak. This is Northwestern’s Super Bowl. Their March Madness hopes are very low. Winning this game would overall be a huge confidence booster going into next year. You can catch the game on Big Ten Network at 8pm (CST)