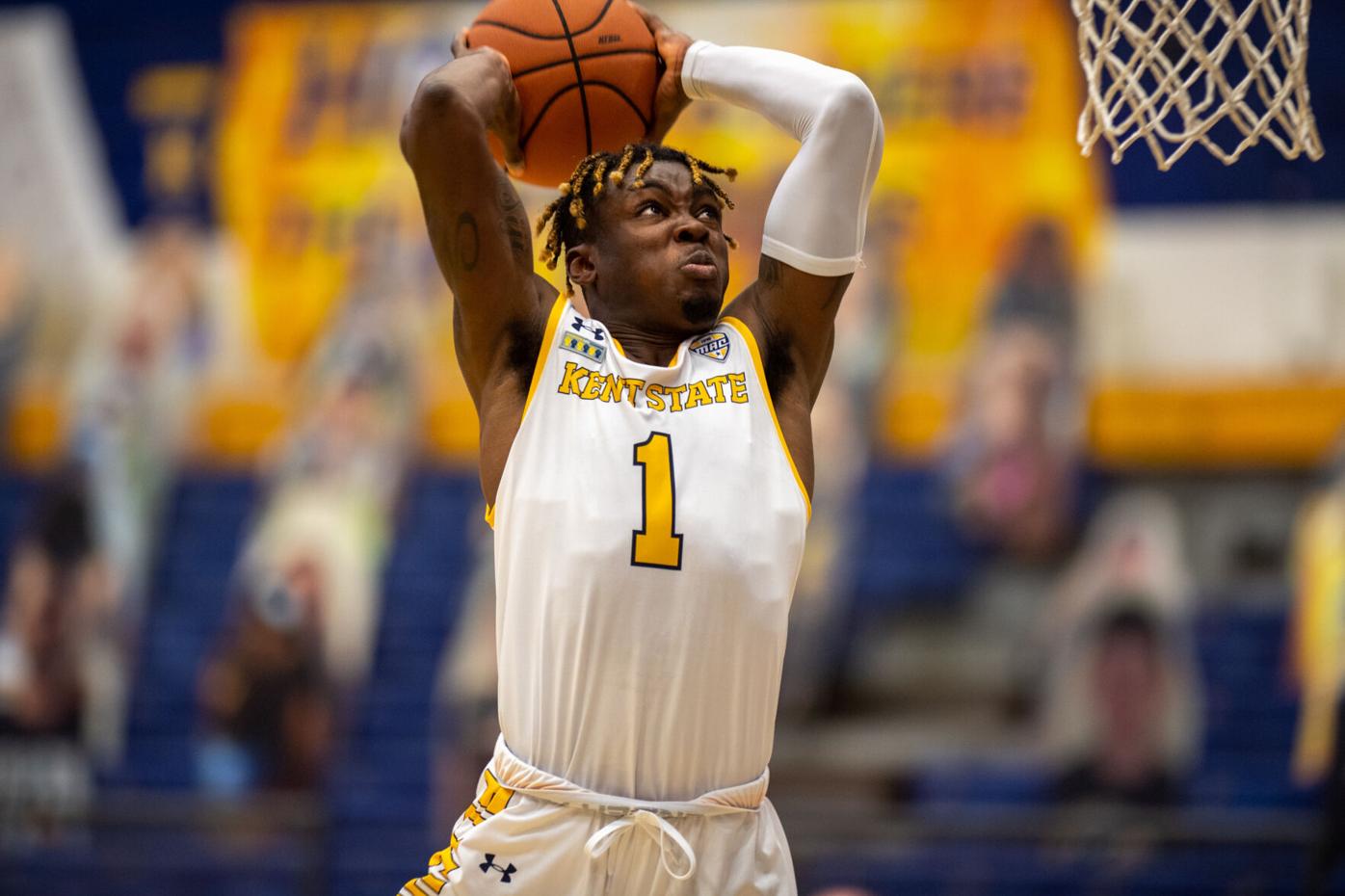 Kent State’s 2nd leading scorer, Mike Nuga, entered the transfer portal earlier in the week. Nuga, who is a senior had a very productive season with the Golden Flashes. Some of the more notable performances were a 23 point performance against Buffalo, 26 against Western Michigan, 20 against Virginia, and a 16 point 10 rebound double double against Ohio.

Nuga previously played for Eastern Florida State College (JUCO) as well as Portland State. While at Portland State, Nuga was a key contributor as well having multiple 20 point games.

Nuga broke down his recruitment while in the portal, what he’ll bring to a new team, and more:

What schools have shown interest since you entered the portal?

“Arkansas, Tulsa, and a bunch of mid majors.”

“I would describe my game as a player as very efficient. I am a player that is excellent in the fast break and in the half court. I can score without having plays ran for me. I defend at a high level and I’m very vocal being older my leadership skills have developed very well.”

“I plan on making a decision a couple weeks after March Madness and some more high majors have reached out and will be speaking with me.”

“After getting injured and the year I was having, I feel like the way I play would fit in any system as I don’t need the ball to be effective. I wanted to see what schools were willing to offer me while working through my injury that has me back to 100% in October/November with still considering coming back to Kent State.”

“The biggest things I’m looking for is a school at a higher level that will let me be me the way that Kent State did. I will produce and lead the way I know how to.”

What will you bring to the team that lands you?

“I will bring leadership, defense, and a lot of offense to a team also I bring good vibes and just a happy hard work ethic to myself and the way I go about basketball and off the court stuff.”