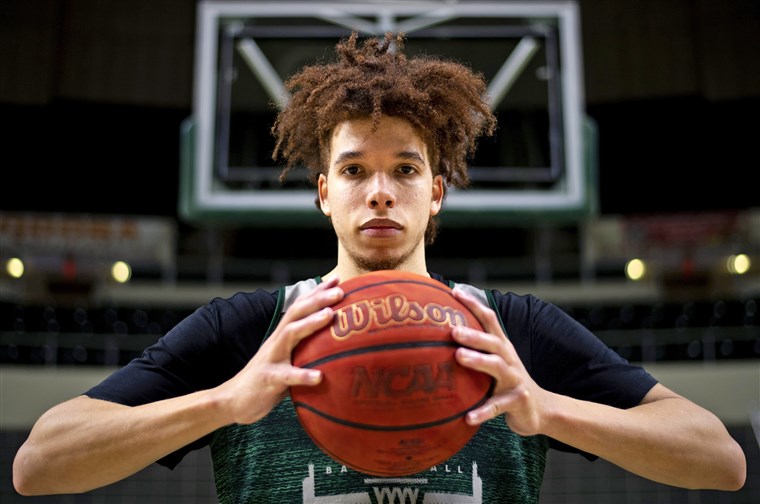 Jason Preston is a star point guard who plays for the Ohio Bobcats. The 6’4 junior, averages 15.7 points per game, 7 rebounds per game, and 7 assists per game. He additionally shoots over 50% from the field. In high school, Preston wasn’t quite an intriguing prospect. Preston started just one game on varsity, and averaged 2 points per game. In a matter of a few years, Preston was able to develop a skill set that he can take with him to the next level.

Preston’s mindset and IQ have allowed him to grow and improve his game tremendously over the years. His fantastic court vision paired with his basketball IQ makes Preston such an elite player. He also possesses a great awareness, which allows him to make the right decision with the ball. Preston’s passing ability and vision are elite, and shape who he is as a player.

Although Preston’s intelligence shines on both ends of the ball, his offense is what makes him such a bright prospect. Preston is a taller point guard, but still showcases his range while also driving to the basket. Preston’s ability of beating the defense while being patient and controlled makes him a reliable teammate. While scoring is a clear strength of Preston’s, his unselfishness makes him an excellent playmaker. Preston’s awareness and skill when it comes to passing the ball is elite.

While Preston is a talented prospect, he could struggle with bringing his strengths to the next level if he can’t improve his speed. In order to be successful in the NBA’s landscape, having speed and athleticism is essential for players, especially point guards. Preston is a slower player, and isn’t necessarily the most athletic. Improving his speed can help his game translate to the next level. Additionally, Preston struggles with his free throw shooting. During his first two seasons, Preston shot over 70%, however he currently shoots around 60%. Improvement in these two areas could benefit Preston tremendously.

Overall, the skill and intelligence possessed by Preston is very elite. Preston’s hard work, dedication, and mindset are clearly paying off. Preston’s future is very bright in both college, if he continues to play at the college level, and professionally, whenever he chooses to do so.