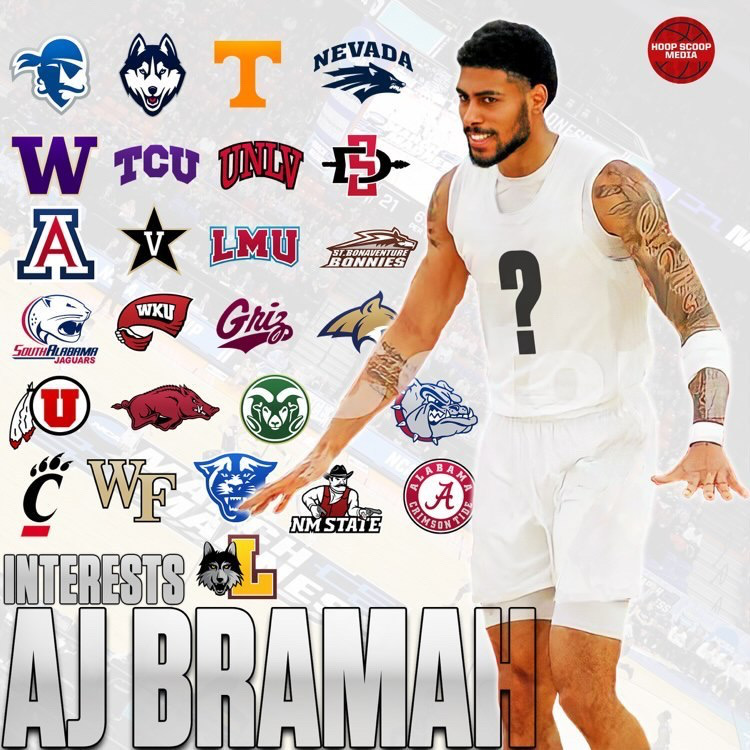 A few weeks ago, Robert Morris forward AJ Bramah entered the transfer portal. Bramah is one of the most notable entries this transfer cycle as he averaged 21PPG and 10RPG for the Colonials this season. Bramah is a native of California and attended Robert Morris after a brief stop at Sheridan College, a JUCO in Wyoming. Bramah was a very consistent player this season scoring at least 17 points in every game this season for RMU.

“My game as a player would be high motor, competitive, do whatever it takes to win.”

“I’m going to make a decision early April for sure.”

“I felt like it was best for my to enter the transfer portal and try to explore other options.”

“When choosing a school, I’m looking for a team that can compete for a championship but also somewhere I’m needed. I have to have a great relationship with the coaches also.”

“I would bring a winning attitude, competitiveness, and hard work everyday.”