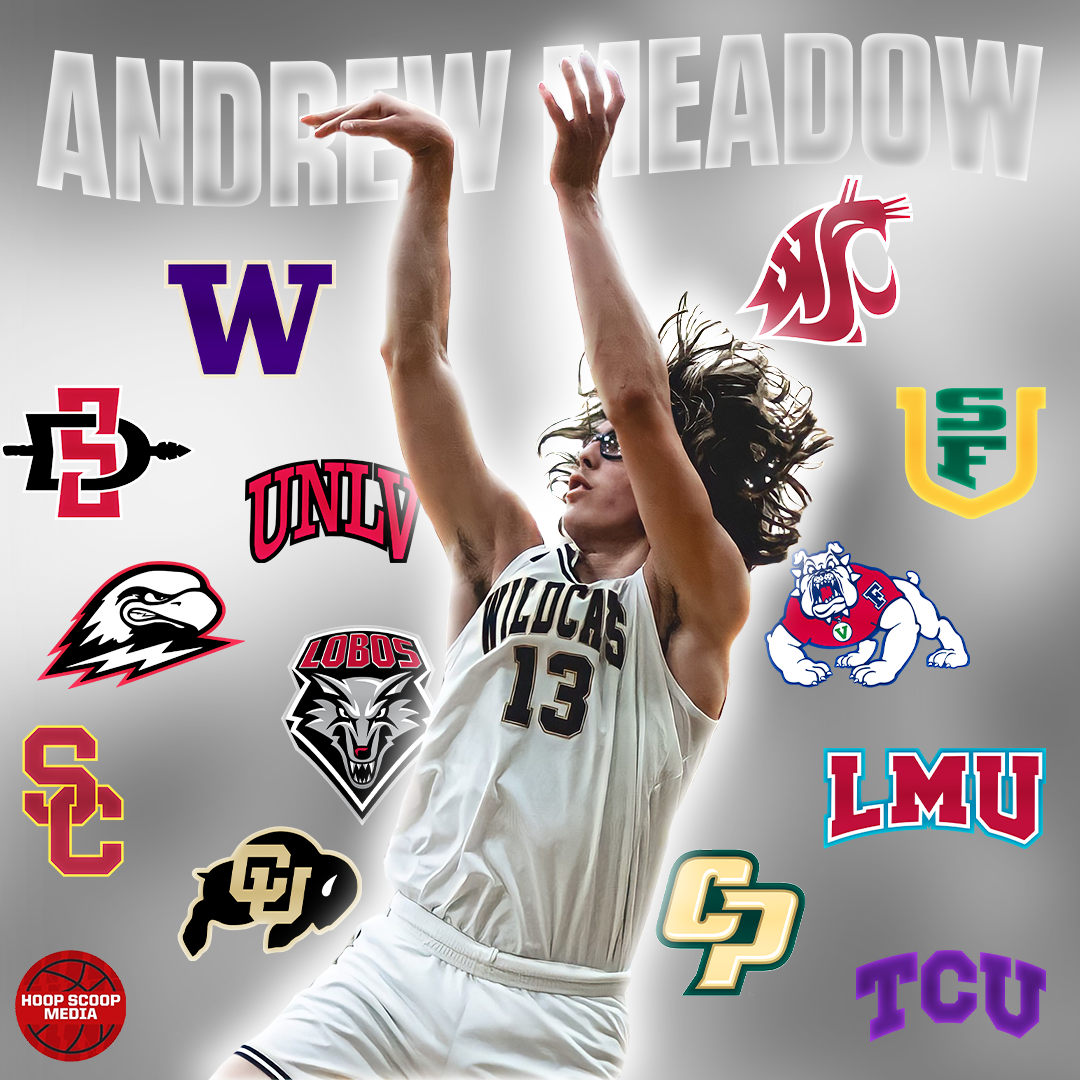 In high school basketball, it is rare to see a prospect that can do almost anything on the court. However, there are very few things on the basketball court that 6’7″ forward Andrew Meadow (2023) can’t do. Despite being built like a forward, he can handle the ball and run the court with ease. Plus, he’s automatic from long range if left open. Although, his best ability might be finishing at the rim, where he has a variety of moves to go around the defense.

Recently, Meadow has seen his recruiting process boom. Before the June 15th contact period started, he had one offer, from Washington State. Since then, he has picked up nine additional offers. He also has heavy interest from numerous power conference schools.

We had the opportunity to talk with Meadow about his recruitment:

What schools would you say are recruiting you the hardest right now?

Meadow: I would probably say all the schools that have offered me are all recruiting me hard but also USC, Colorado, and TCU have entered the mix as well in terms of showing much interest.

Meadow: Very versatile and can do almost anything on the floor.

What visits do you have planned?

Meadow: I have two visits planned next week, to LMU and San Francisco.

What are some schools that haven’t reached out yet that you would like to hear from in the future?

Meadow: Maybe some more schools from the east coast because I haven’t heard from many yet.

Meadow: It was a good feeling to see my hard work pay off but gave me more motivation to keep working even harder.

What players do you look up to or model your game after?

What was it like to get those nine offers in a span of about two days, and did you expect that to happen?

Meadow: It was a really good feeling but again motivated me to keep working, and I didn’t expect that many but I definitely saw some coming after my performance at Section 7.