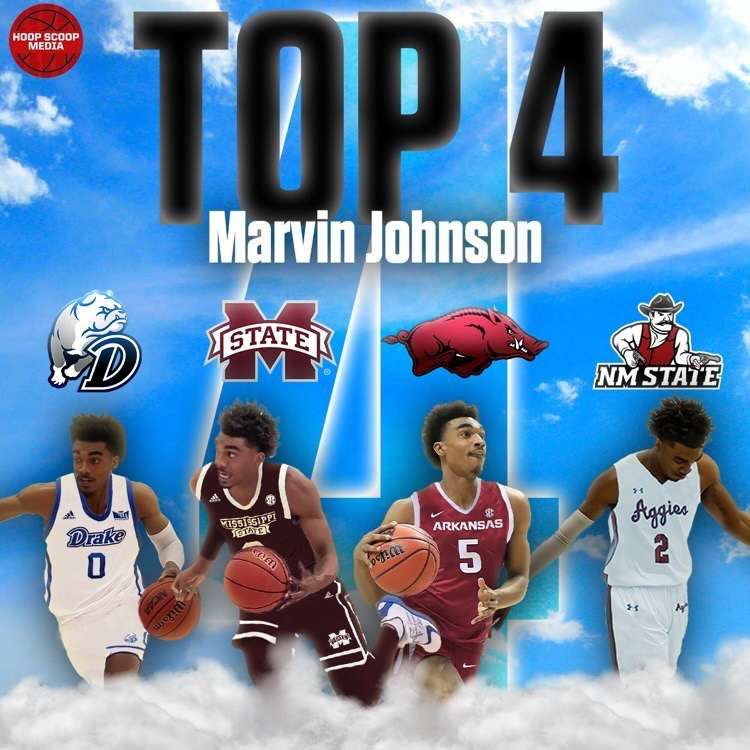 Johnson discussed his recruitment and broke down his top 4 schools with Hoop Scoop Media:

What led to your decision to enter the portal?

“I would say just me losing my coach and wanting to play for a winning program, and a school with more exposure for my last year.”

When you entered the portal you were one of the biggest names on the market. What was it like hearing from all those schools?

“I come from very humble beginnings so I loved the fact that schools reached out so fast. I had offers from power 5 schools out of high school and JUCO but my grades kept me back.”

Johnson has named a Top 4 of: Drake, Mississippi State, Arkansas, and New Mexico State. He broke down all 4 schools:

Drake: “Drake has a style of play that I would excel in and their family culture is big for me.”

Arkansas: “Arkansas is great at giving grad transfers great opportunities and exposure. They want to run and so do I.”