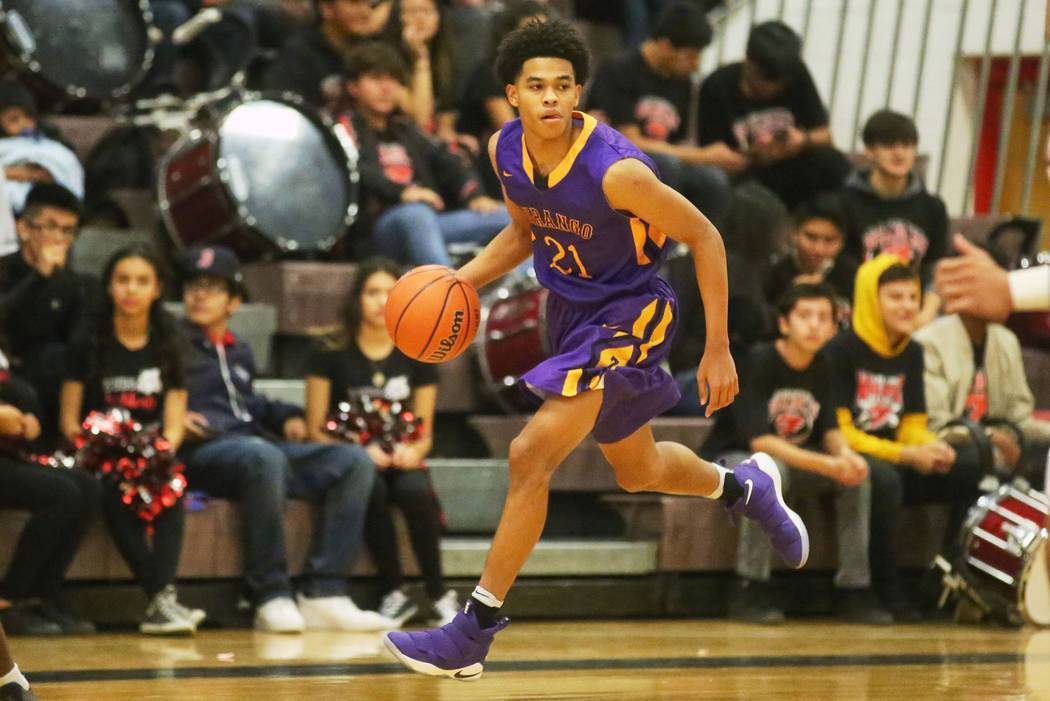 Anthony “Tone” Hunter Jr. is a  6’0”, 175 guard in the 2021 class. He was originally in the 2020 class. Although, he decided to play this year at Middlebrooks Academy Post Grad, in Los Angeles. When asked about the move to 2021, he told us “Just the offers I had were far from home at the time, and when I was supposed to go visit and get my recruitment done Covid happened and at the time I felt like the safety of me and the importance of my family came first at that point.”

We also asked him about a timetable for his recruitment. Most 2021s are off the board right now and teams are starting to fill up. He made it clear to us that he wants a good relationship with a coach before he commits as he tells us “Whenever I have that feeling that a coach or college is being real and vice versa that’s when I’m gonna commit, but I’ve never been into the names and who.”

Hunter currently has offers and interest from a variety of schools. Most of these schools are located in the western region of the United States. Two specific schools are making it their priority to land him. Montana State and Northern Colorado are currently reaching out to him the most. He also tells us that San Jose State is involved, but Montana State and Northern Colorado are recruiting him the hardest. Those schools would utilize him as a pick and roll player. His scoring ability and speed will translate well to the college level.

We also talked with him about what his goals are at the college level, wherever he ends up. He told us “I want to be that guy why kids want to go to that school. Ja for example, no kid grew up saying I want to go to Murray State but now that he went there, kids gonna want to go there because of Ja, but that only happens by winning, creating a culture, and performance. I just want to be that household name at the next level but most importantly a winner and an example for my school, younger kids, and my peers.”

Growing up, similar to many other basketball players, his favorite player was Kobe Bryant. Although, he tells us that he models his game after players such as Allen Iverson, Rajon Rondo, Chris Paul, Baron Davis, Gilbert Arenas, and Jason Williams. Watching his highlights, one could easily see flashes of those players in his game.

He still uncommitted. Being in the class of 2021, he will be committing in the upcoming months. With his crafty skillset and work ethic, whichever program lands him will be getting an absolute steal. Anthony “Tone” Hunter will make an immediate impact wherever he lands.