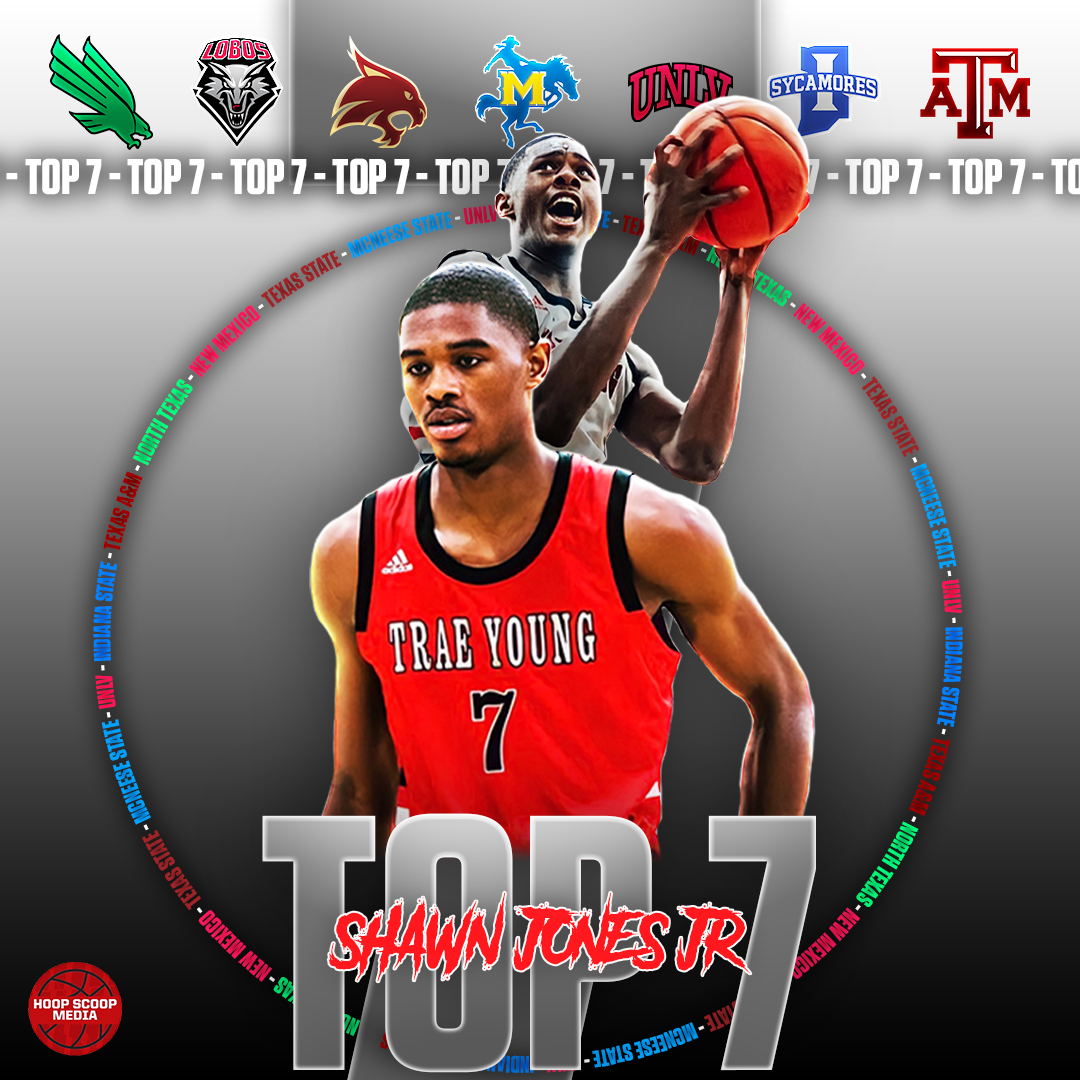 Shawn Jones Jr, a 6’6″ small forward from Houston, TX, has released his Top Seven schools. North Texas, New Mexico, Texas State, McNeese State, UNLV, Indiana State, and Texas A&M made the list for Jones. He cut schools such as LSU, TCU, Houston, and others who had offered him,

On the court, Jones plays with tremendous energy and aggressiveness. Those attributes make him a very dynamic player on defense. He is able to guard any position on the court, and often comes away with steals and forces missed shots. On the offensive end, he likes to run in transition, often using his athleticism to come away with dunks on the fast break. He is a solid shooter, showing flashes of shooting and connecting from deep. With his many skills and high motor, he will be an impact player on both sides of the ball in college.

Jones broke down his Top Seven schools for us:

North Texas- “I also have a cousin playing at North Texas, and they have made him a very good player. They love me, and coach constantly calls to check on me, and that’s what’s important.”

New Mexico- “They just started recruiting me but they tell me a lot of good things and I like the system they run. Hopefully I learn more after a visit.”

Texas State- “I have family over there and it’s close to home. They call a lot and it’s a great relationship.”

McNeese State- “They offered me my first scholarship ever and they haven’t disappeared on me. They believe in me a lot and treat me like family.”

UNLV- “I love the way they run a pro like program and really work on the weak parts of the game with people who’ve been through the process.”

Indiana State- “They show a lot of love. I love that they say they play big guards like myself and defensively they like to get out in transition.”

Texas A&M- “They just have a great program. They have a next level type of organization and it’s just fun being around them and they are big on family.”