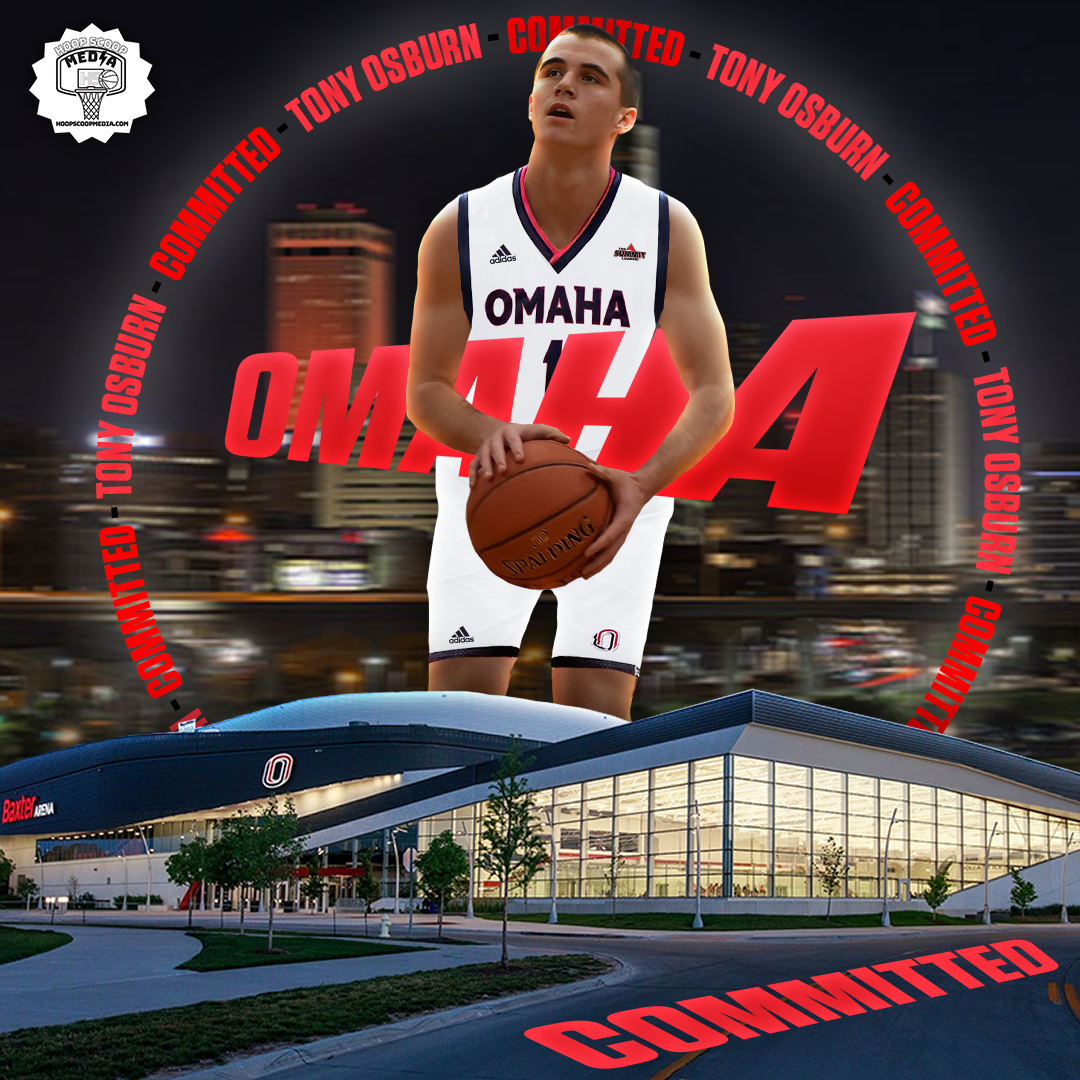 Tony Osburn, a 2022 guard, tells us he has committed the the University of Nebraska-Omaha. He is the first commit for the Mavericks in the class. Osburn is from Mound City, Missouri, and attends Mound City High School. He describes himself as a combo guard that can score from anywhere on the court, while also being able to get his teammates involved. Osburn played AAU this past summer with Kansas City-based Team YOBO. His junior season at Mound City, he averaged 29 points per game, while also shooting over 50% from the field.

Osborn talked about his decision to commit to Omaha with us:

What really stood out about Omaha?

“It was close to home, they really stayed steady throughout the whole process,” Osburn said. “And I really feel like I can make the biggest impact there.”

What is your relationship like with coach Derrin Hansen and the rest of the coaching staff?

“It’s great,” Osburn said. “We talk about four times a week. They treat my family great and that’s super important.”

Being from a small city, essentially in the middle of nowhere, how were you able to get recruited?

“It was definitely a struggle, especially when you know some people are overlooking you because you play Class 1,” Osburn said. “So really making sure I left everything out there when we played high level guards in AAU.”

What are some of your goals for this upcoming high school season?

“I really want to help us get back to the Final Four and win a state championship,” Osburn said. “I also am hoping to eclipse 3000 points.”

What are some of your goals for college?

“I hope that we can make the NCAA tournament,” Osburn said. “I also hope that I can really make an impact.”

Are there any players you’re recruiting to join you at Omaha in the 2022 class?

“I would love to get Luke Jungers, William Kyle, and Sam Hastreiter.”

What’s your message to Omaha fans?